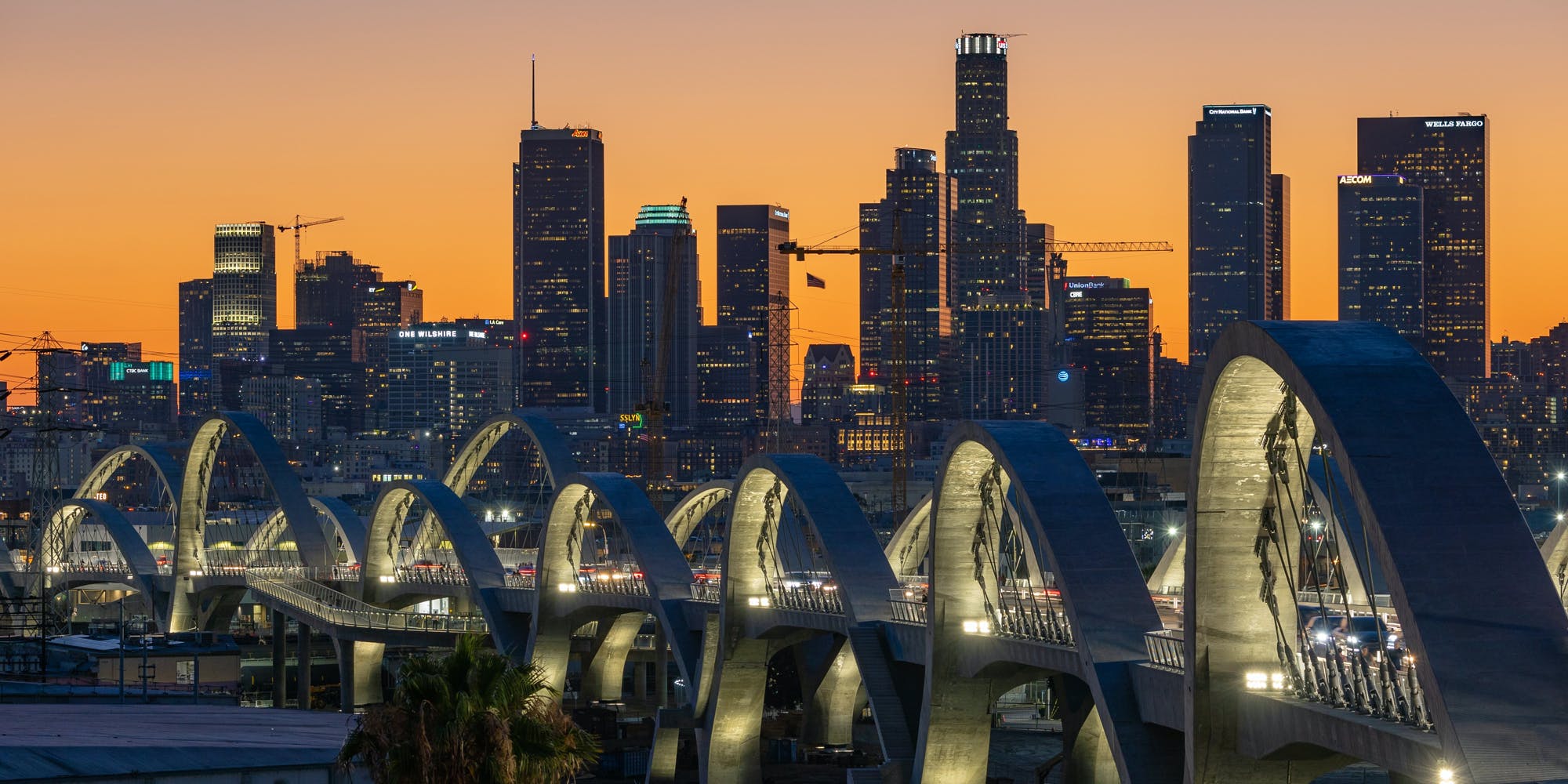 Since then, the bridge has been closed multiple times due to what local police describe as “illegal activity.” A viral video even shows a person getting a haircut in the middle of the bridge as cars stream past.

Local officials largely blame people traveling to see the brand-new, $588 million bridge that features soaring white arches that form a beacon of light over the Los Angeles River and affords dazzling views of the city skyline.

Videos circulating on social media show people climbing the arches, street races ending in multi-vehicle accidents, bicyclists swarming the bridge during a closure, and other examples of bad behavior that has the city at its wit’s end less than three weeks after opening the Sixth Street Viaduct, more commonly known as the Sixth Street Bridge.

TikToks tagged #6thstreetbridge have 21 million views as of this writing. There are 34,000 Instagram posts with this tag.

Most of the posts about the bridge merely showcase its beauty from various angles. It’s been the site of a quinceañera, at least one marriage proposal, and other lighthearted and completely (or at least mostly) legal photos and videos.

Some of the posts show the ugly aftermath of the actions by what appears to be a small minority of the thousands who’ve visited the Sixth Street Bridge. Skid marks haphazardly line pavement that was pristine just three weeks ago. Videos show cars peeling out and almost immediately crashing. Graffiti of varying quality mars the arches.

In an effort to curb such activity, the city is reportedly installing speed bumps, a center median, and fencing.

It’s not clear that this will be enough to dissuade those intent on turning the Sixth Street Bridge into their personal playground.

As one Twitter user noted, speed bumps can double as “miniature ramps to help cars get airborne.”

After it closed for the fourth time in five days on Tuesday, the Los Angeles Police Department (LAPD) said the bridge would close “indefinitely.” The LAPD didn’t make good on this threat, however, as the Sixth Street Bridge reopened on Wednesday morning.

Upon its reopening, one visitor told a local news outlet, “I came from Las Vegas with my family expecting to watch the new bridge because my daughter saw it on TikTok.”