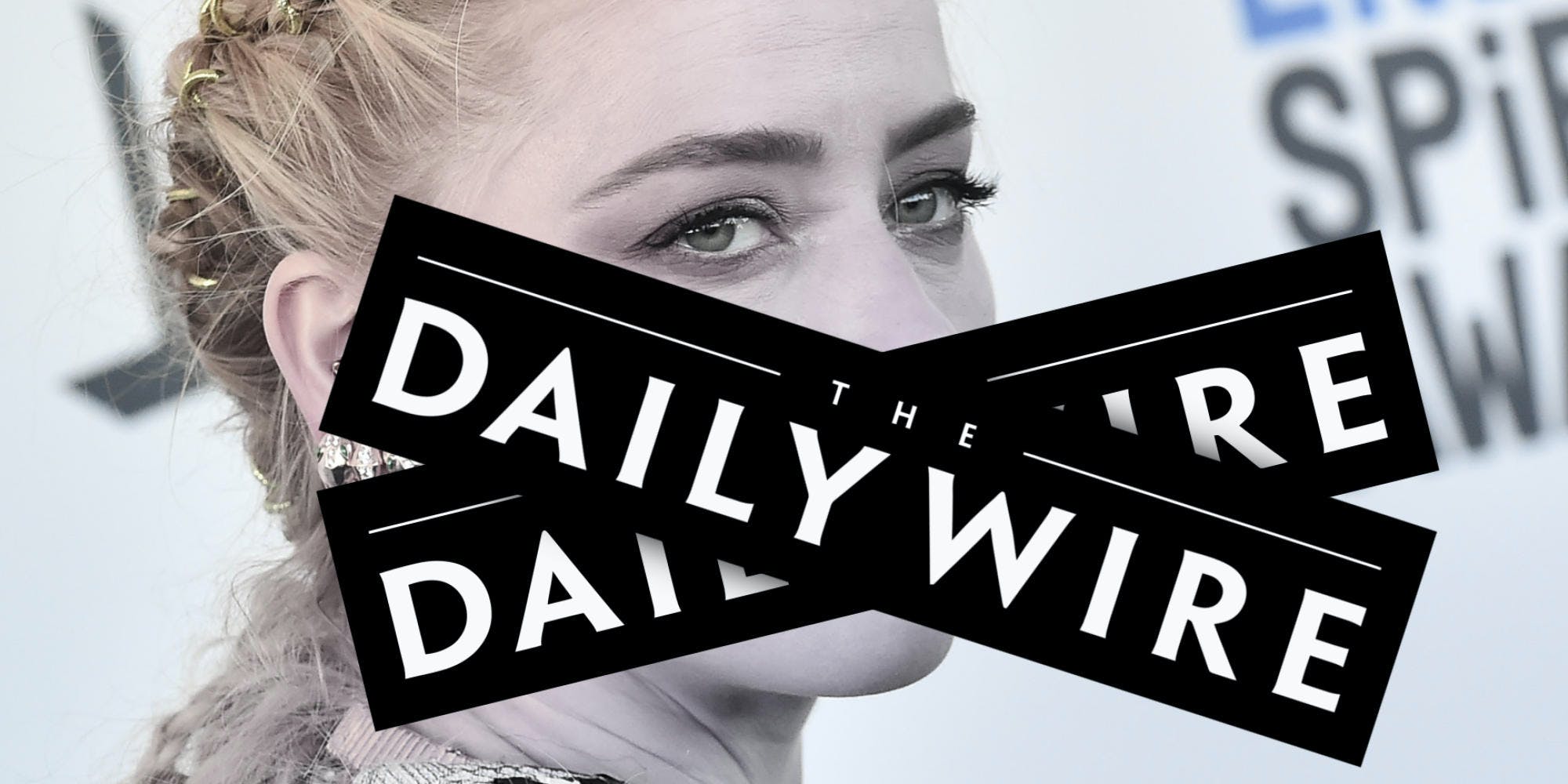 A joint investigation by media nonprofit the Citizens and Vice World News found that the the outlet founded by Ben Shapiro spent upward of $47,000 on Facebook and Instagram ads promoting misleading claims about the sensationalized trial.

Johnny Depp is suing Heard, his ex-wife, for $50 million over a 2018 op-ed she wrote referring to herself as a representative of domestic abuse. Heard is countersuing for $100 million in damages.

The case is among the most sensationalized trials in recent years.

Pro-Depp and anti-Heard content has proliferated online since the trial began.

Some are trying to turn the case into an indictment of #MeToo, the reckoning over sexual harassment and abuse disproportionately experienced by women and girls. Polls consistently show that conservatives are less supportive of women’s rights initiatives generally and more disinclined to believe sexual harassment and assault is a problem in society.

Much of the discourse is subtle, such as a recent TikTok trend inspired by Depp’s character in Pirates of the Caribbean.

Other posts take more direct aim at one or the other, but mostly at Heard.

Depp’s fans have flooded the internet with false theories and abuse directed at Heard.

The Daily Wire appears to have jumped on the bandwagon.

According to Vice, it’s promoted numerous ads that mostly link to articles on its site, including one called “the attempted character assassination of Johnny Depp.” The article reportedly included false claims, one of which the outlet corrected following Vice‘s reporting.

Another ad links to a story listing “the 14 most shocking revelations” from the trial. Vice reports that 11 of the so-called revelations are sympathetic to Depp.

These ads, which it’s promoting on its own page as well as those of its contributors like Shapiro and Candace Owens, thus far received 4 million impressions.

In one promoted post, Owens wrote, “After watching a fair amount of the trial, I’m still squarely on Team Depp.” In another she said, “I hope Johnny Depp bankrupts Amber Heard with his lawsuit.”

“It has been absolutely ridiculous to see what that woman has been allowed to do because she flew under the radar of the MeToo movement.”

The Daily Wire didn’t respond to request for comment from Vice.

“What it appears to be doing here is capitalizing on hype around the trial to draw readers to its site while pushing its conservative agenda,” the Citizens said in a TikTok about the Daily Wire’s spending.

“They’re using it to attack MeToo,” a TikTok user commented.

The Daily Wire is one of the most popular Facebook pages. Its posts, and those of its contributors, consistently rank at the top in terms of engagement and reach.

By wading into Depp v. Heard discourse and using its enormous platform to put a thumb on the scale in favor of the former, the Daily Wire is having an immeasurable impact on public opinion of the trial, both parties, and potentially MeToo.

“So before jumping on a meme that makes light of the abuse allegations in this trial, maybe think twice about where it came from and how it spread online,” the Citizens said on TikTok.