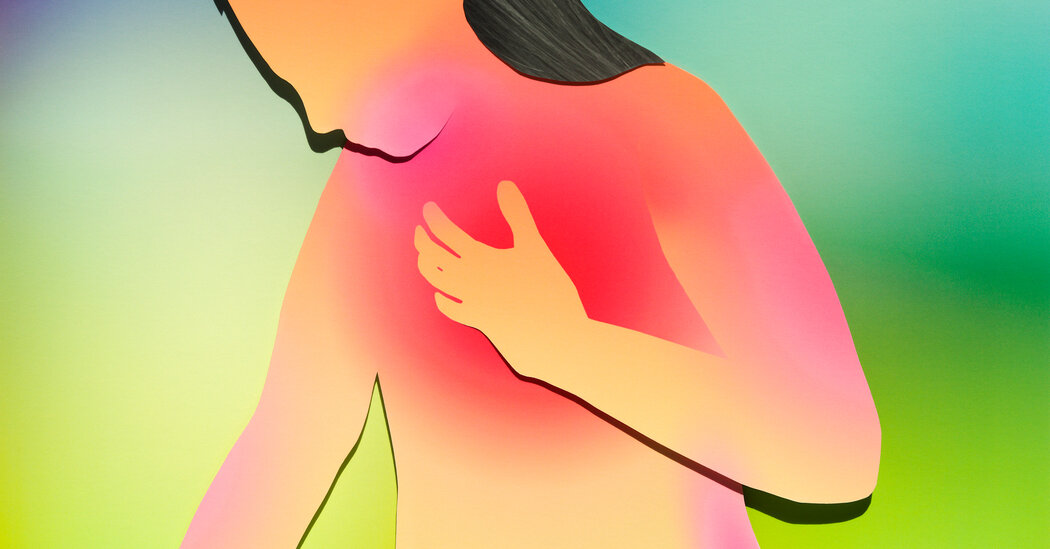 It was late afternoon by the time Dr. Jeremy Jaskunas, who was assigned to her care, first met the patient. She brought a diary detailing the symptoms of the past few weeks, along with a huge stack of results from all her emergency-room and lab visits. He set those aside to hear her tell her story of random pains, weakness and fevers. He was struck by the swiftness with which this patient had been transformed from an athlete training for a marathon to someone so weak and debilitated that she had to use a walker in the days before she came to the hospital. On exam, her heart was racing and her arms and legs were weak and tender.

Although the patient now had many abnormal lab results, the most striking were still those from the liver, which, over the course of a few days, went from nearly normal to more than 20 times the normal value. Jaskunas ordered an ultrasound and then an M.R.I. of the liver. The imaging revealed a shadow that darkened much of the liver’s uniform gray. It could be from an infection, the radiologist reported, but it was most likely some form of cancer.

Even before Dr. Saurabh Rajguru, an oncologist, met the patient, he had a good idea of what she might have. The abnormal red blood cells told him that something was wrong in her bone marrow, where blood is made. And an M.R.I. of her brain showed abnormalities there, so it had to be a disease that could spread throughout the body. And finally, there were very few diseases that could move as fast as this one had. She probably had a type of lymphoma, Rajguru explained to the patient and her partner. It was frightening to hear these words said out loud, but to the anxious couple, it was a relief to finally be able to put a name to what she’d been through these past few weeks.

Lymphomas are cancers of the lymph nodes, Rajguru explained. They usually cause painless enlargement of these collections of white blood cells. There are many types of lymphomas, depending on which kind of cell is involved and how rapidly these now abnormal cells reproduce. Diagnosis is usually made by testing tissue from the abnormal lymph nodes, but in her case, they were all hidden deep inside her abdomen. The next step would have to be a bone-marrow biopsy, Rajguru said. And if that didn’t give them an answer, she would need a liver biopsy.

The next morning the patient was taken to an operating room. She lay on her stomach with drapes covering most of her body, leaving only a patch at the top of her buttocks exposed. After numbing the region, a radiologist inserted a large needle into her pelvic bone. It didn’t hurt, the patient told me, but the pressure was intense.

She got her answer later that day. She had Burkitt lymphoma, a disease most frequently seen in children. It is one of the most rapidly growing tumors known, with a tumor-cell-doubling time of 25 hours. In oncology, Rajguru told me, it is said that a doctor must never let the sun set on a suspected case of Burkitt. The patient started treatment with chemotherapy the next day.