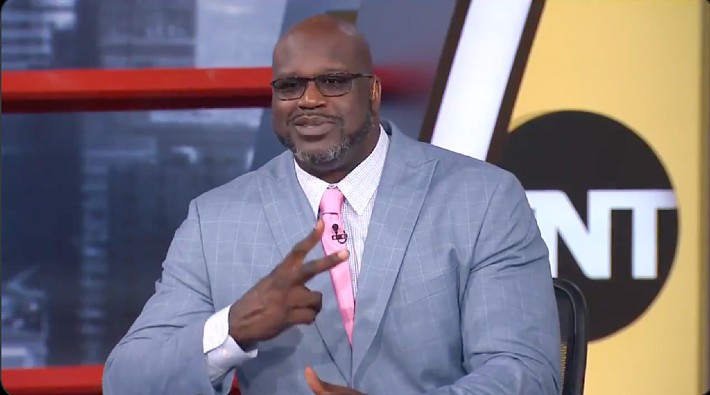 The New York Knicks are enjoying a phenomenal season, exceeding any rational expectation and putting an entertaining product on the floor every night. With that success comes increased attention, particularly for head coach Tom Thibodeau and star forward Julius Randle, as both have genuine cases for major NBA awards on the heels of the the breakout campaign. The stretch run continues for the Knicks on Tuesday evening with a road trip to face the Los Angeles Lakers and, while LeBron James won’t be playing, New York will face Anthony Davis and company in front of a national audience on TNT. As such, there was some Knicks-based discussion from Turner’s studio show and, as often, hilarity ensued.

Shaquille O’Neal was speaking in a (relatively) positive fashion about the Knicks but, as he finished his thought, Shaq referred to the currently retired Zach Randolph as someone playing at an MVP level this season, when he really meant to discuss Randle.

This isn’t the first time Shaq has had a name mix-up on the air in Atlanta, but this was of the amusing variety. For one, there was the correction to say “he doesn’t play right now” in reference to Randle. Then, Shaq kept things on-brand by refusing to walk it back by admitting a mistake, instead choosing to go with a reference to “whatever his name is,” before Adam Lefkoe pointed out that he said Randolph, which Shaq then noted he was thinking about his buddy Z-Bo.

Obviously, there isn’t much harm done here, but it does play in to the backdrop that the Knicks came out of nowhere this season. To be fair at least, Randolph was also a left-handed power forward that briefly played with the Knicks, but let’s just say the two players did not have similar playing styles (despite how Wade tried to help the big fella save it at the end) when examining what Randle has accomplished in 2020-21. Randle might make an All-NBA team while averaging nearly 24 points and more than 10 rebounds per game, and his name should probably be at the forefront in the middle of a career-best showing.