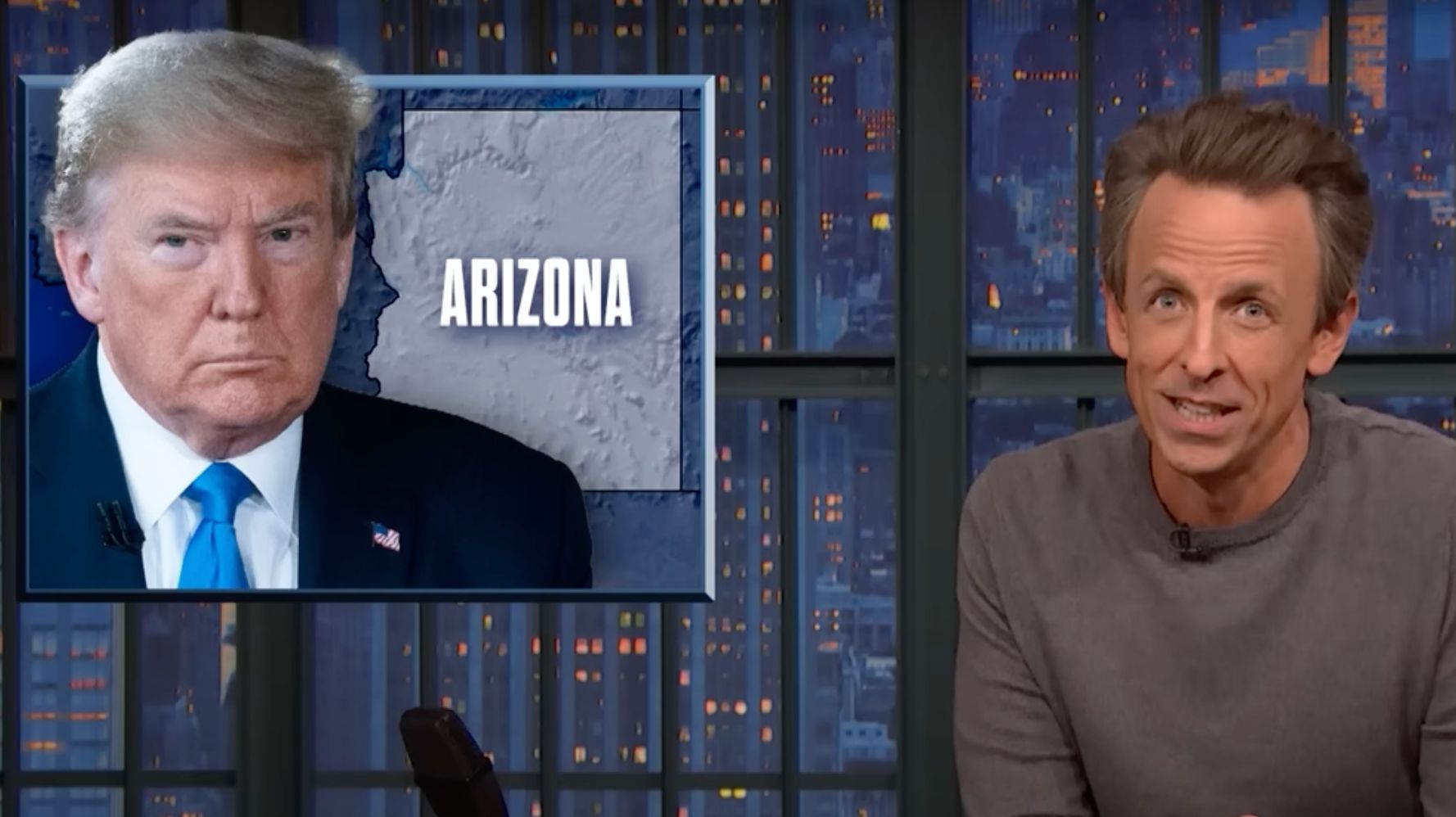 Meyers next played a clip from ABC’s “World News Tonight” which described Arizona as a “revenge state.”

“Nothing says ‘divider’ instead of ‘uniter’ more than a former president with a ‘revenge state,’” Meyers said. “You lost an election, stop acting like Liam Neeson threatening to get his daughter back.”

Meyers then performed an impression of Trump on the phone going over his “very particular set of skills,” including those on the golf course.

Watch Meyers’ “A Closer Look” segment from Thursday below: