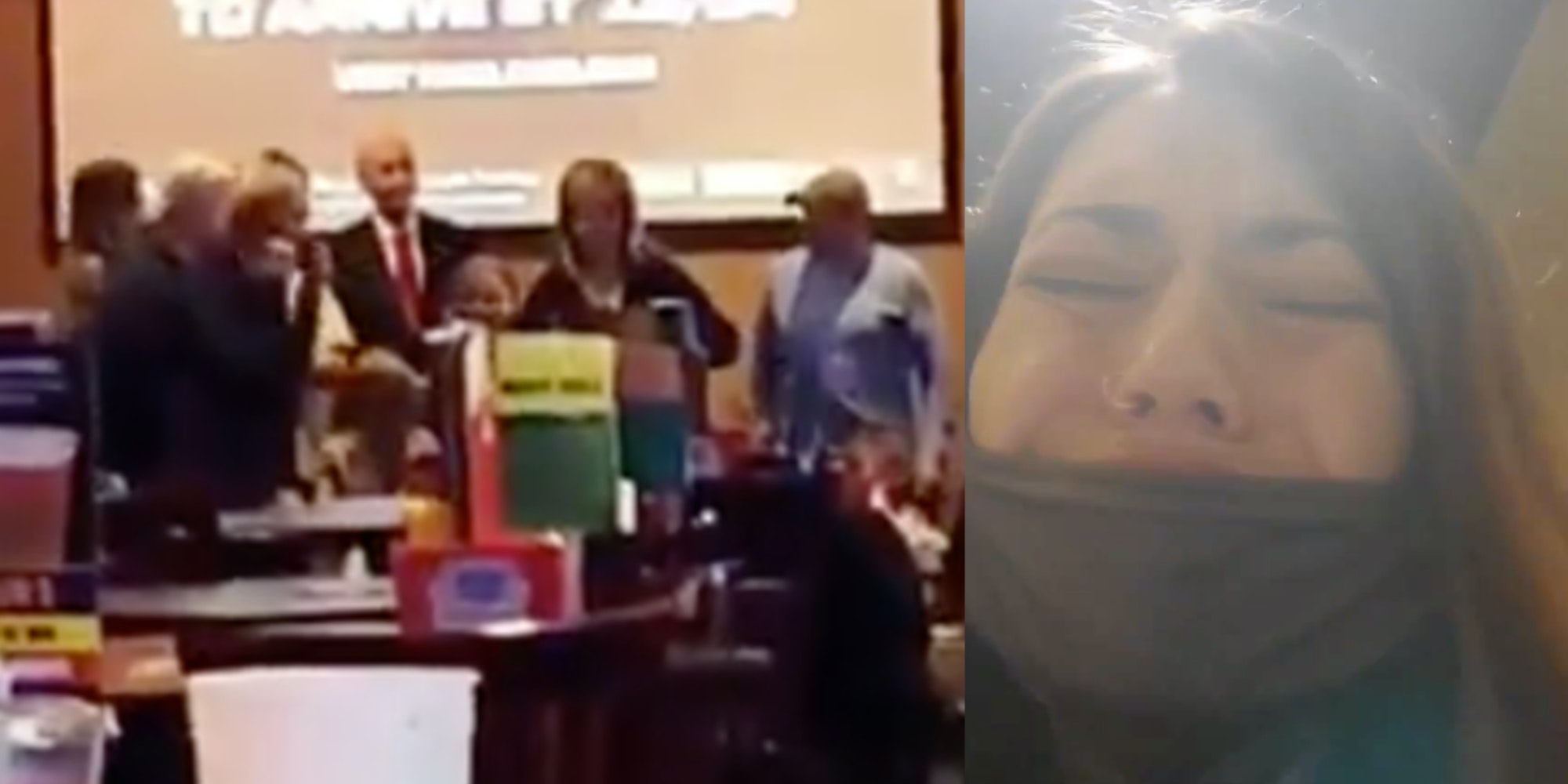 A server filmed Nebraska Gov. Pete Ricketts failing to wear a face mask when he was with a group of people at a bar on election night. She was fired after the video went viral.

Karina Montanez saw Ricketts and his group sans masks at DJ’s Dugout, where she was working as a server at the time. She began filming and later posted the video to Twitter with the caption: “bald headed ricketts in the building y’all!”

Since being posted on Nov. 3, the video has garnered more than 25,000 views. The video reportedly only went viral after state Senator Megan Hunt (D-Nebr.) promoted it.

Sunni Renner, the CEO of the DJ’s Dugout, told KPTM in a statement that Montanez was fired for using her phone while at work, which is a violation of company policy.

Montanez, however, thinks the video is the reason she got fired. Montanez pointed to all the other staff who use their personal technological devices “while on the floor and on the clock.”

“I’m a bit hurt and confused on why I was the only who got fired,” she said in a message to the Daily Dot. “But with that being said, i understand the principle of policy and why it was wrong to do.”

A spokesperson for Ricketts told KPTM that the governor wore a face mask to get into the bar—and when he exited—but removed it when he was inside. “The Governor removes his mask temporarily for pictures and did so that evening. The Governor also removed his mask when sitting down at the establishment. The state does not require people to wear masks when seated in bars or restaurants,” the spokesperson said.

Montanez, who is a single mother, alerted her followers on Nov. 17 that she was “fired for posting this tweet.” People are now sending her words of support and money via Venmo and Cash App. Montanez told the Daily Dot the support she’s been receiving has been “completely shocking.”

“I honestly thought the reaction i was going to receive was the complete opposite, so it’s very encouraging and heart warming how many people are supporting me and are by my side during this scary transition!” she added.

The Daily Dot has reached out to Gov. Pete Ricketts’ office.

This story has been update to include comments by Karina Montanez.