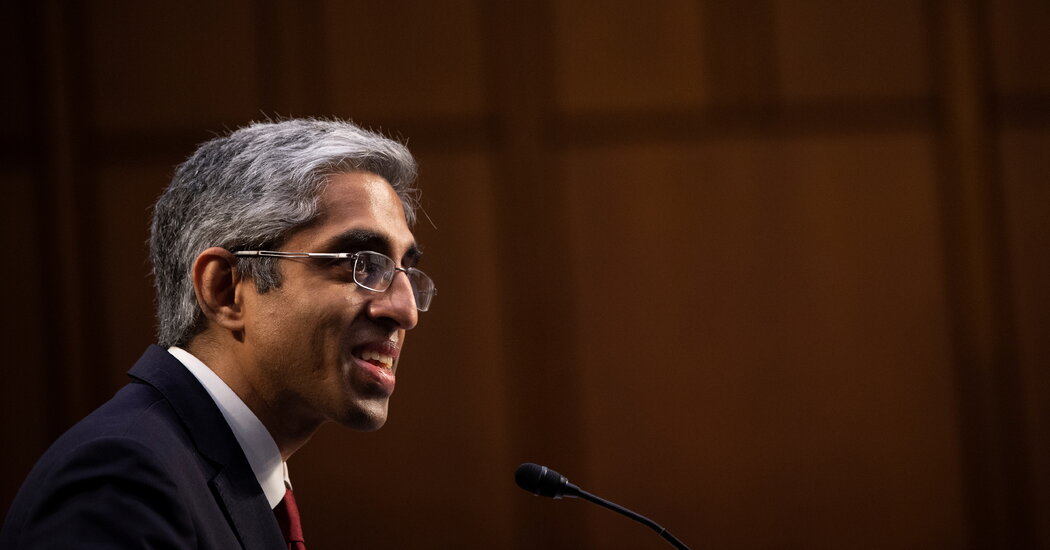 Dr. Vivek Murthy, who helped found several health-related advocacy groups and later tackled the opioid epidemic and e-cigarettes as surgeon general during the Obama administration, was confirmed by the Senate on Tuesday to reprise that role for President Biden.

The vote, 57 to 43, was a much smoother ride for Dr. Murthy than the first time he was confirmed, in 2014, when Republicans cast him as a politically connected supporter of President Barack Obama who would use his position to push for stricter gun control. The fight dragged on for months, leaving the country without a top doctor for more than a year.

When President Donald J. Trump was elected, Dr. Murthy was asked to resign. He refused and was fired, his wife, Alice Chen, said at the time.

Dr. Murthy will return as surgeon general at a critical moment, as the president tries to steer the nation out of the worst public health crisis in a century while expanding access to health care for millions of Americans. During his confirmation hearing, he told the Senate Health, Education, Labor and Pensions Committee that he would make ending the coronavirus pandemic his highest priority.

Dr. Murthy, 43, helped found Doctors for Obama, a group that worked to elect Mr. Obama and now works to expand health care access for Americans. It now goes by Doctors for America.

As an undergraduate at Harvard University, he helped found two nonprofits, one focusing on H.I.V./AIDS education in the United States and India, and the other to train women as community health workers in rural India.

A son of Indian immigrants and the first person of Indian descent to hold the surgeon general’s post, Dr. Murthy, 43, was born in England and grew up mostly in Miami, watching his parents in their own medical practice. He invoked them during his confirmation hearing.

“I have tried,” Dr. Murthy said, “to live by the lessons they embodied: that we have an obligation to help each other whenever we can, to alleviate suffering wherever we find it, and to give back to this country that made their lives and my life and the lives of my children possible.”