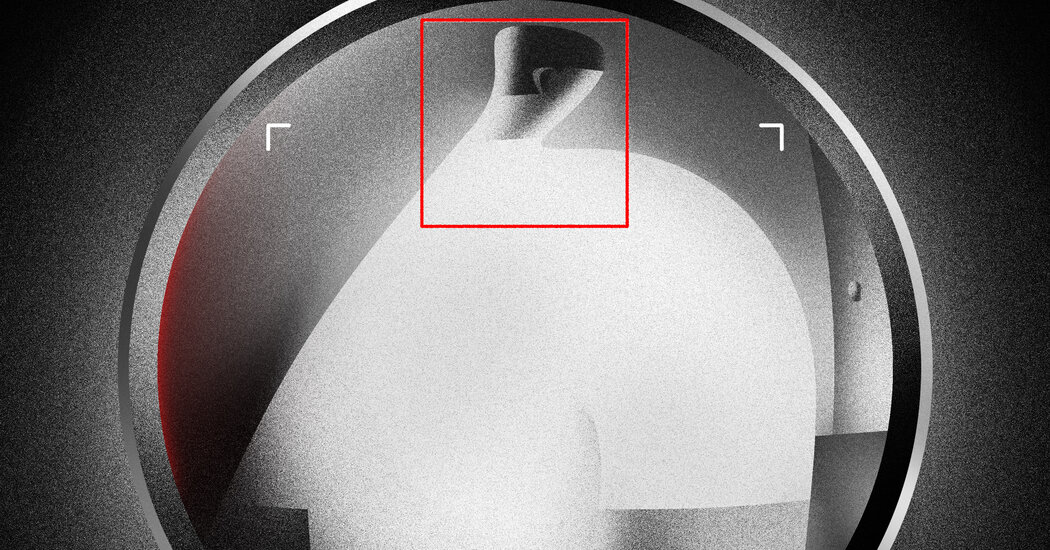 I have always been fascinated by webcams that watch for anything that moves. When I lived in a no-frills neighborhood in San Francisco a few years ago, my camera witnessed all flavors of urban crime, from amateur fireworks shows to street fights. After I moved to the suburbs, my camera became a nature documentarian of the local fauna, like the deer that devour my rosebushes the instant they bloom.

Only recently did I force myself to weigh the potential privacy costs of this seemingly innocuous surveillance gadget against the benefits I was gaining from it — and I decided to unplug my camera.

That’s because San Francisco, long a capital of progressivism and a haven for techies, is about to embark on a citywide surveillance experiment that privacy experts warn could set a dangerous precedent. It signifies an important moment in which anyone who owns a security camera, including popular devices like Amazon’s Ring and Google’s Nest Cam, should pause to reflect on some critical questions: What are we actually getting from these cameras? What are we giving away? Are the trade-offs worth it?

First, let me explain what’s happening in San Francisco. This week, the city will put into effect its new camera ordinance, which is aimed at helping the police investigate crimes. The legislation, crafted by the city’s mayor, London Breed, gives the police the right to request access to the live footage of privately owned internet cameras.

In the past, the police could request recorded footage from the owners of internet cameras, or they could ask the tech companies for the data. The police say having access to live footage will enable them to respond to crimes happening in real time.

After more than a dozen interviews with privacy experts, academics, representatives of tech companies and the authors of the legislation, I’ve concluded that the ordinance’s near-term impact on consumer privacy will be minimal because of limits in the technology. But the implications of the increasingly tightknit relationship between tech corporations and government agencies should make us seriously assess how we use our cameras — so that we can protect our privacy in the long term.

San Francisco’s camera ordinance serves as an important lens through which to examine these questions and the current debate surrounding surveillance.

Proponents of the camera program say the goal is to make the public safer. Officials in the mayor’s office cite examples like the city’s Western Addition district, where shootings were rampant in the 1990s but dropped after the installation of city-owned cameras in the mid-2000s. They also point to cases in which cameras have led to crimes being solved, as in San Jose, Calif., where surveillance footage helped the police identify a group accused of robbing a bakery in August.

“This is another tool to address significant public safety challenges,” said Parisa Safarzadeh, the mayor’s press secretary. “We want to hold those who break the law accountable.”

Opponents of the ordinance, like the Electronic Frontier Foundation, say research has shown that cameras do little to reduce crime. A study from New York University, for one, found that cameras installed in two privately owned apartment complexes in New York City were an ineffective crime deterrent.

Matt Guariglia, a policy analyst at the foundation, which publicly protested the legislation before the city’s Board of Supervisors approved it in a 7-to-4 vote, said San Francisco’s ordinance posed threats to consumer privacy. Although the legislation requires the police to get permission from camera owners before viewing live footage, he said, the police have been able to obtain Ring recordings directly from Amazon.

A Ring spokeswoman confirmed that the company provided camera data to law enforcement when required by court orders, and that it had provided footage to the police in extreme cases, like kidnappings, without a court order.

The San Francisco ordinance will probably not have an immediate effect on many people’s cameras. That’s because the most popular devices like Ring and Nest Cam lack a software feature enabling a police officer to tap into a camera to view its live footage. (According to my conversations with the mayor’s office, the authors of the legislation were unaware of this limitation.)

It’s unclear whether the tech companies will eventually design such a feature. Amazon and Google say they don’t have plans to do so.

More immediately, the San Francisco Police Department will be able to request live access to cameras owned by some businesses.

But several privacy experts warned against being complacent. Now that there is legislative language allowing the police to request live access to camera technology, the concern is that the police will put pressure on the tech companies to cooperate.

“These companies are incredibly eager to work with law enforcement and develop features they would like,” Mr. Guariglia said. “If the San Francisco Police Department came to Amazon tomorrow and said would you mind creating a ‘share live feed’ feature, it would not surprise me in the least if Amazon complied.”

Shoshana Zuboff, the author of “The Age of Surveillance Capitalism,” warned that San Francisco had voluntarily created an environment that fused government power and private power. Going forward, as long as the government depends on the tech companies, there will be no laws to stop this data collection, she said.

“That state of fusion — that’s the day when America becomes more like China,” she said.

So where does that leave us, the camera owners? What do cameras do for us, and what should we do with them if there are long-term concerns about privacy?

It helps to look at the data. Some of the most comprehensive research to date on camera surveillance found that the presence of cameras led to a small reduction in crime. The study, led by a team of researchers at City University of New York, Northeastern University and Cambridge University, was a 40-year systemic review of the effects of closed-circuit television networks on crime trends in countries like Britain and South Korea. Overall, crime decreased 13 percent in areas with CCTV.

Cameras, according to the study, were effective as a deterrent for crimes such as car burglaries and property theft, but they had no significant effect on violent crimes.

Alana Saulnier, a professor of sociology and a criminologist at Queen’s University in Kingston, Ontario, suggested looking at it this way: A person committing a home burglary is more likely to be conscious of a surveillance camera than two people fighting outside a nightclub.

“A camera probably isn’t going to be a deterrent to someone who is not going to be thinking rationally, if they were willing to be going through that kind of violence in the first place,” she said. “That’s why it could be useful in some contexts and less useful in other contexts.”

So a security camera could act as a somewhat useful deterrent if your main goal is to prevent property crime, like break-ins and porch thefts. But if your goal is to keep yourself safe in a neighborhood with violent crime, it probably won’t help much. (It might, however, help the police investigate a crime.)

If you’re worried that the police might gain access to your camera without your permission, there are ways to navigate those concerns, like using an offline camera that records to a physical storage drive or a picture card in your home, said Chris Gilliard, a community college professor who has been an outspoken critic of surveillance technologies.

“There’s a stark difference between putting yourself and your community in the Amazon web, and having cameras where you fully control the footage,” he said.

In addition, you can avoid using cameras to monitor indoor spaces like bedrooms, and you can disable their microphones.

As for me, I am more concerned about how quickly our tech could change than I am about the deer munching on my flowers. I’ll plug my camera in when I leave the house for longer stints, like when I go on vacation. The rest of the time, though, I’ll keep it unplugged, sitting on my window sill as a visual deterrent for porch pirates but not offering the police anything to snoop on.