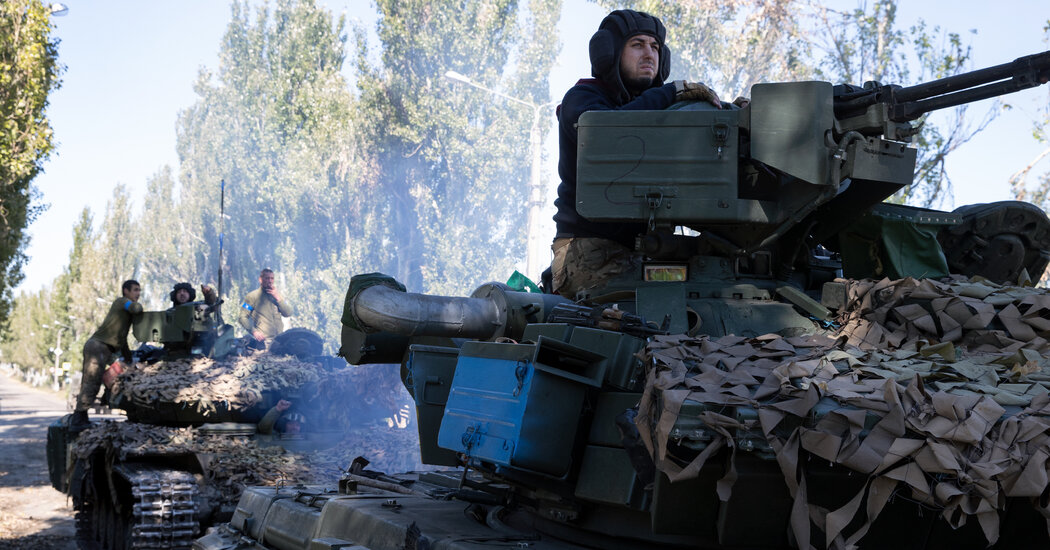 Reactions in Russia to President Vladimir V. Putin’s announcement of a “partial mobilization” of reservists broke along ideological lines. Kremlin officials and their cheerleaders issued full-throated support while opponents — who have been largely sidelined — called the move an admission of failure and urged protests in cities across the country.

After the speech, Mr. Putin projected a business-as-usual approach, visiting an engineering university and celebrating the anniversary of Russia’s founding, but his televised address appeared to mark the beginnings of a shift in his domestic strategy in the war. For eight months, most Russians could more or less ignore the war as part of an unspoken agreement with Mr. Putin’s government that anyone who stays away from politics would be left alone.

By announcing the call-up of some 300,000 people with military experience — including former soldiers and conscripts — the Kremlin avoided, for now, a full mobilization that could provoke more public opposition. But even a partial mobilization means that many more ordinary Russians could be called to fight, and soldiers’ existing contracts will be indefinitely extended.

“The period of passive, contemplative heroism, with which the Russian political regime satisfied the self-respect of citizens, is over,” Aleksandr Baunov, a senior fellow at the Carnegie Endowment for International Peace, wrote on Telegram. “Now they will be required to make sacrifices.”

The Russian antiwar movement Vesna, or Spring, invited people to mass demonstrations at 7 p.m. local time in cities across Russia’s 11 time zones and overseas. If the demonstrations take place, they could become the biggest coordinated protest action since the full-scale invasion began on Feb. 24.

“Thousands of Russian men — our fathers, brothers and husbands — will be thrown into the meat grinder of war,” Vesna’s call to protest reads. “What will they die for? What will mothers and children shed tears for?”

The call marks a test for the beleaguered antiwar movement. Such protests are in effect criminalized in Russia, and since the war began, almost 16,500 people have been detained for protesting the war, according to OVD-Info, an independent human rights watchdog. Russia’s general prosecutor issued a warning Wednesday that unsanctioned protests could result in punishment of up to 15 years of prison for spreading false information about the military, which became a criminal offense in February.

On Wednesday, according to local media, at least several dozen people protested in multiple Siberian cities. Dozens of people have been detained across Russia so far, according to OVD-Info.

Russian stocks fell sharply on Wednesday, with major indexes dropping about 4 percent, extending significant losses from the previous day. The main index for the Moscow Stock Exchange has lost more than 10 percent so far this week, and nearly half of its value this year.

But supporters of the war pointed to Mr. Putin’s speech as a strong response to the West’s arming of Ukraine, and suggested it marked an escalation. Backers of the war have been calling for a nationwide draft for weeks amid recent Ukrainian successes on the battlefield.

Olga V. Skabeeva, one of Mr. Putin’s best-known propagandists on state television, praised Mr. Putin’s veiled threat to use nuclear weapons to protect territory it sees as Russian — including four partially occupied Ukrainian regions that plan referendums on joining Russia. The West has described such votes as a sham.

“The West is now aware that an attack on Ukraine, on those lands, with the use of Western weaponry, including American or any other, will be viewed as an attack on Russia, with absolutely all the ensuing consequences,” she said on her program.

Andrey V. Kartapolov, the head of the Russian Parliament’s defense committee, advised reservists not to try to leave the country, promising that military service would be lucrative.

“If you are called, you will pay the mortgage from your new pay, which will be very high,” he said.

Analysts warned that Mr. Putin’s moves would require more repression, especially as the war goes on and Russian forces continue to struggle in Ukraine.

“Society will slowly get annoyed and indignant,” wrote Tatiana Stanovaya, a Russian political analyst on Telegram, adding not to expect mass protests to take off. “The regime will increase repression. This is the erosion of Putin’s power in its purest form.”