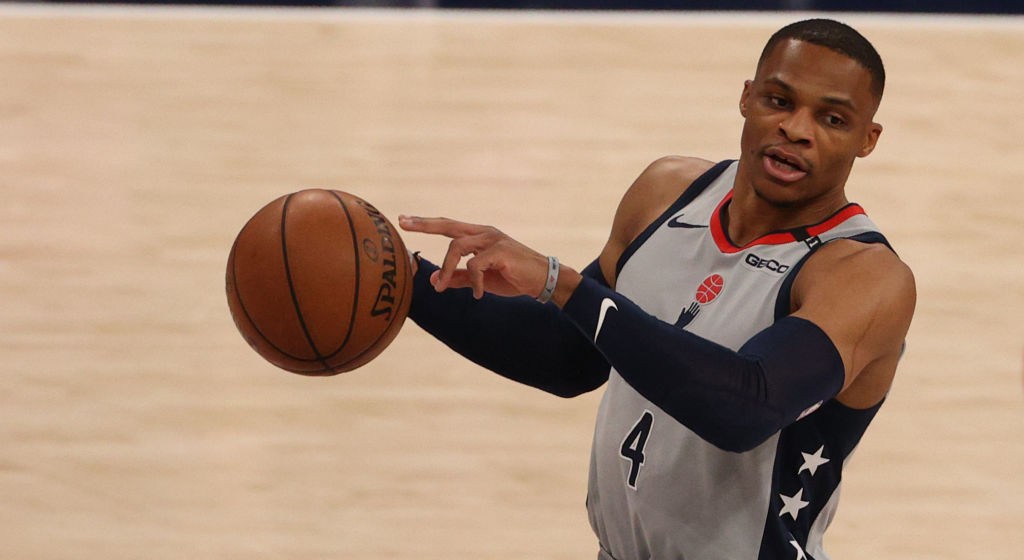 Russell Westbrook made NBA history on Monday night when he posted a 35-point, 21-assist, 14-rebound triple-double, the third ever 30/20/10 game in NBA history and the first 35/20/10 game ever. It was a sensational individual effort and the reminder of the highs Westbrook can still reach when he’s at his best — and, most importantly, it lifted the Wizards to a much needed win.

On Tuesday morning, ESPN’s Stephen A. Smith made sure to let everyone know that he didn’t care about Westbrook’s historic night, citing Russ’ lack of a championship and not being able to carry a winner and things of that nature. Westbrook’s wife, Nina, took to her Instagram story to respond to Smith’s comments and say, simply, they’re tired of his constant criticism.

After the Wizards fell to the Hornets on Tuesday on a back-to-back, Russell Westbrook was asked about Smith’s comments and his wife’s response, and gave a thoughtful, lengthy response about how he’s learned to ignore such comments and find happiness in his life beyond what happens on the basketball court.

Russell Westbrook gave a 2-and-a-half minute answer in response to a question about @stephenasmith’s comments on First Take: “A championship don’t change my life. I’m happy. I was a champion once I made it to the NBA. I grew up in the streets. I’m a champion.”

It’s a tremendous bit of perspective from Westbrook, who notes that he plays hard every night, something no one has ever been able to question about his game, and that whether he wins a championship or not he’s accomplished a ton already and feels like he’s a champion already having made it to the NBA from where he’s from.