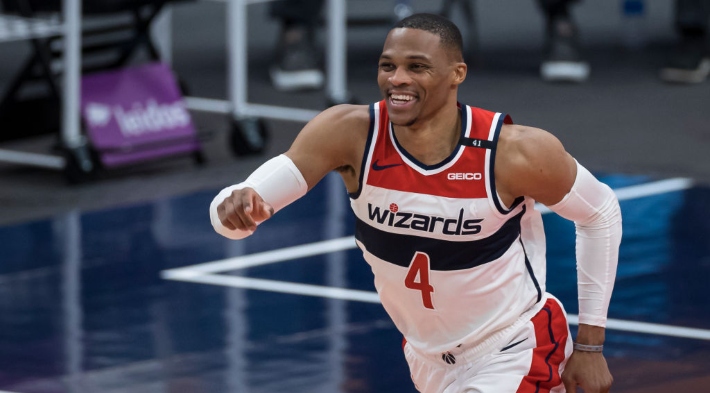 The Wizards of Washington are suddenly winners of seven straight games, and their latest came in large part as a result of a massive performance from Russell Westbrook, who put up 37 points, 11 rebounds and 11 assists in a blowout victory over the Thunder on Friday night.

As is often the case, Westbrook played better because he had confidence in his jump shot, frequently taking Thunder players off the dribble and nailing jumpers left and right.

That opened up the rest of Westbrook’s game, including his vicious rim attacks in transition, as the old Russ began to creep out of the shadows for 48 minutes on Friday.

In addition to Westbrook’s throwback explosion, Bradley Beal did his thing, scoring 33 points on 50 percent shooting from the field. Overall the Thunder’s young backcourt — even with Luguentz Dort — was no match for Washington’s savvy star duo.

After this win, the Wizards are now 26-33 on the season and back in the Eastern Conference playoff hunt. It would be hard to expect Washington to keep this up the rest of the season, but they have played themselves back into the No. 10 seed and a shot at the play-in game. The Wizards are currently one game up on an equally hungry Chicago team for the final spot in the East standings in a battle that may go down to the wire this season.