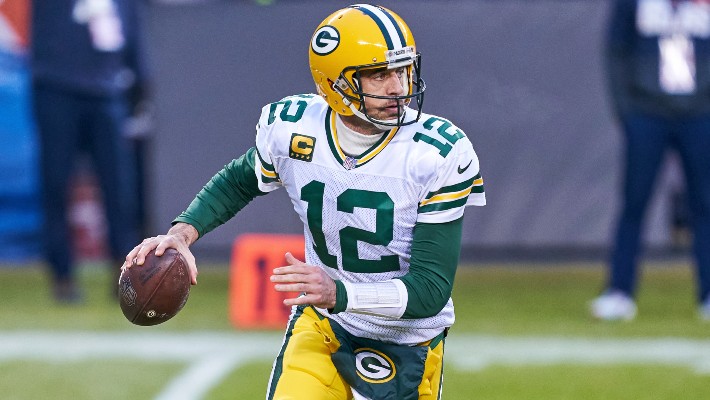 The Green Bay Packers will go into Sunday’s game against the Kansas City Chiefs without the services of their starting quarterback. Multiple reports emerged on Wednesday morning indicated that Aaron Rodgers contracted COVID-19, and as a result, the Packers will start second-year signal caller Jordan Love against Patrick Mahomes in Arrowhead Stadium.

Subsequent reporting indicated that Rodgers is not vaccinated against COVID. When asked earlier this year whether he received the vaccine, the reigning NFL MVP said “yeah, I’m immunized.”

Packers QB Aaron Rodgers tested positive for COVID-19 and will miss this Sunday’s game versus the Chiefs.

There’s some reporting today that Rodgers is not vaccinated. Here’s what he said on 8/26/21: “Yeah, I’ve been immunized.” pic.twitter.com/eNunTc2DWe

In the aftermath of Wednesday’s news, it became obvious that immunized meant that Rodgers was … something, but he certainly did not get the vaccine. A report from Rob Demovsky of ESPN adds some details to what is going on here, and indicated that Rodgers follows league protocols when he is at the team’s facility by masking up. However, he also tried to get the NFL to give the thumbs up to a treatment other than getting the vaccine, which did not work.

Rodgers, 37, petitioned the NFL to have an alternate treatment that he underwent before he returned to the Packers that would allow him to be considered the same as someone who received one of the approved vaccinations, sources told ESPN. After a lengthy back and forth, the league ruled that Rodgers would not get the same consideration and would be considered unvaccinated.

There are some obvious questions to ask here, like what treatment that isn’t a proven safe and effective vaccine did Rodgers try to get approved and whether or not the Packers and the NFL let Rodgers ignore some of the protocols for unvaccinated players this year, the latter of which appears to be true to some extent. The one thing we do know: Because he is unvaccinated, Rodgers will miss at least the next 10 days, meaning he is out against Kansas City and could miss next Sundays game against Seattle.