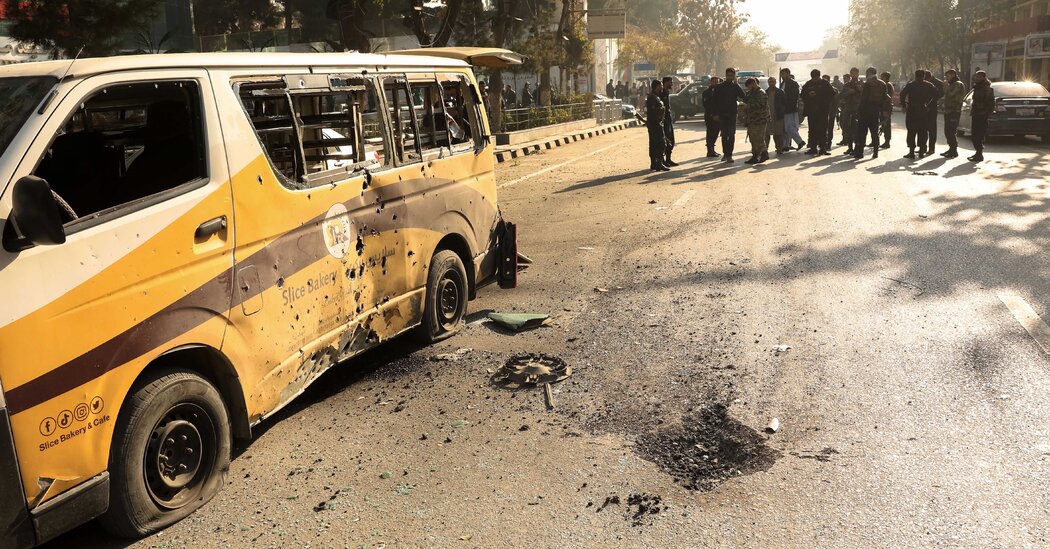 KABUL, Afghanistan — Secretary of State Mike Pompeo on Saturday visited the Gulf nation of Qatar, where he planned to meet with Afghan and Taliban negotiators who are trying to break a deadlock in their stalled peace negotiations.

Just hours before Mr. Pompeo’s meeting with the Afghan warring parties, a rocket barrage slammed into the heart of Kabul, killing at least eight people and wounding more than two dozen. The attack early on Saturday set off warning sirens that blared across the diplomatic quarters of the Afghan capital, and residents on their morning commute took cover.

Qatar is the latest stop on Mr. Pompeo’s whirlwind lap of diplomacy in the waning hours of the Trump administration, looking to push forward White House foreign policy objectives before President-elect Joseph R. Biden Jr. takes office in January. The Pentagon said this week that it would reduce the number of U.S. troops in Afghanistan by roughly half — 2,500, down from 4,500.

The troop withdrawal has sown uncertainly among Afghan officials, who are hoping for a policy change under Mr. Biden. Afghan security forces, still reliant on U.S. airstrikes, have struggled to defend territory from recent Taliban offensives.

In Doha, which has been hosting the Afghan peace talks, representatives of the Afghan government and Taliban have been wrestling over two main sticking points for months, and negotiators from both sides have said in recent days that they are close to a breakthrough.

But Saturday’s attack in Kabul was the latest indication that incessant violence is spiraling across the country despite any talk of peace.

Tariq Arian, a spokesman for country’s interior ministry, said that 23 rockets had hit downtown Kabul, exploding near a university and a shopping area, among other places.

Security officials said they had found a burning truck with launch tubes in its bed at a distance from where the rockets hit, suggesting that the vehicle was used to fire the munitions. The Islamic State used a similar attack in March when the group targeted the presidential inauguration.

It was not immediately clear who was responsible for Saturday’s attack. A Taliban spokesman said that the insurgent group was not involved.

The rare rocket attack on the city came as the Afghan Parliament held confirmation votes for 10 ministers.

Farid Ahmad Amiri, a manager of the popular downtown Slice bakery that doubles as a coffee shop, said he had been nearby when the rockets came in.

“It is so traumatizing,” Mr. Amiri said. Security camera footage shared on social media showed a rocket impact almost directly in front of the bakery, peppering a delivery van with shrapnel and wounding its employees.

The attack came during a particularly bloody month. At least 163 civilians have been killed in November across the country, according to data compiled by The New York Times. On Nov. 2, three gunmen stormed Kabul University, killing at least 22 people, many of them students.

“The trust in security forces is gone,” Mr. Amiri said. “How can it happen in the heart of Kabul?”

The relentless attacks, including targeting killings, in Kabul and other cities across the country, have sown increasing distrust in Afghanistan’s citizenry toward their government.

Although Afghanistan’s senior vice president, Amrullah Saleh, is spearheading a crackdown on crime in Kabul, it remains unclear how a vehicle loaded with rockets managed to enter the city and fire its arsenal in broad daylight.

“Not even the downtown is safe,” Mr. Amiri said.