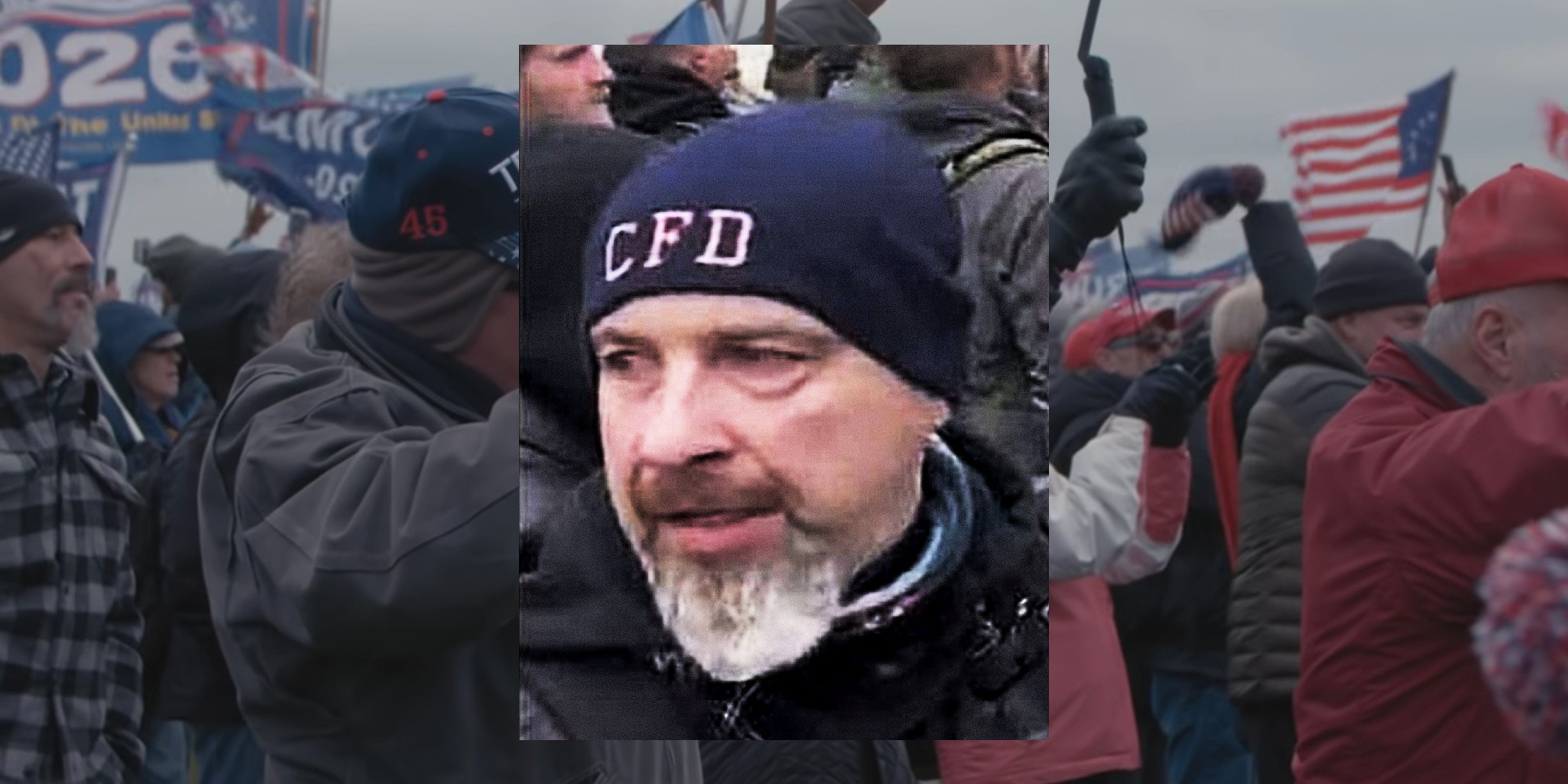 A rioter accused of attacking police officers with a fire extinguisher during the insurrection at the Capitol in January reportedly traveled to Washington, D.C. on a bus provided by Turning Point Action (TPA).

An attorney for Robert Sanford, a man accused of throwing a fire extinguisher at Capitol police on video, claimed in a recent filing that his client had been transported to the nation's capital on a TPA bus.

"He traveled to the District on a bus organized by Turning Point USA, a mainstream young conservative organization, with approximately fifty other people," the filing states.

The Capitol siege, which saw Trump supporters violently attempt to stop Congress from certifying the results of the 2020 presidential election, resulted in the death of five people.

As reported by the Daily Dot on Jan. 27, Kirk quietly deleted a tweet made two days prior to the attack in which he promised to send "80+ buses full of patriots to DC to fight for this president."

A TPA spokesperson told the Daily Dot at the time that it condemned the violence at the Capitol and that it had bused out the students it had brought just as soon as Trump finished his speech.

"Turning Point Action (TPA) did bus some students to the January 6th rally, which included a speech from the president of the United States. Following the president's remarks, and in keeping with itinerary, TPA bused those students immediately out of the area," the spokesperson said. "No TPA buses were involved, nor did TPA encourage participation in the march to the Capitol. TPA's leadership condemns political violence and immediately did so as soon as news broke of the incident at the Capitol Building."

But Sanford, a 55-year-old retired firefighter, is far from a student.

Faced with four separate charges—knowingly entering or remaining in any restricted building or grounds without lawful authority; disorderly or disruptive conduct on Capitol grounds; civil disorder; and assaulting, resisting, or impeding certain officers while engaged in the performance of official duties—Sanford was granted release with GPS monitoring this week while he awaits trial next month.