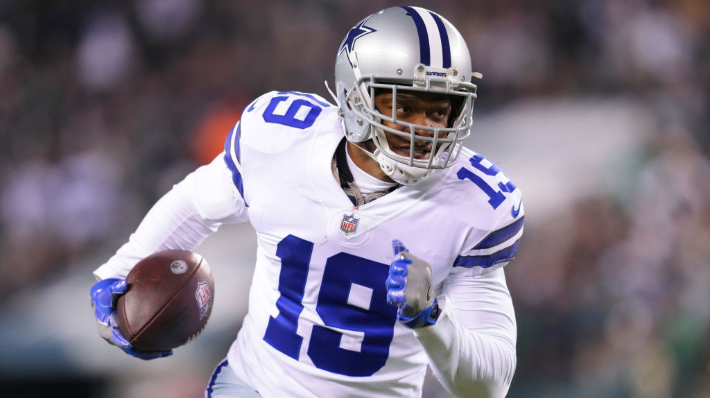 Earlier this month, it was reported that the Dallas Cowboys were considering releasing standout receiver Amari Cooper, who had $20 million coming his way on March 20. It tuns out they won’t need to do that, because according to multiple reports, the Cowboys have found a team that is willing to take on Cooper in a trade.

According to multiple media reports, the Cleveland Browns — which have had quite the hole at wide receive, especially since the team moved on since Odell Beckham — have worked out a deal to bring Cooper to northeast Ohio.

I'm told the #Cowboys are currently working on trading WR Amari Cooper to the #Browns, per league sources. Unofficial at this time.

The #Cowboys have agreed to trade WR Amari Cooper to the #Browns. Talks heated up this past week.

News: The Dallas Cowboys are working on finalizing a trade that sends WR Amari Cooper to the Cleveland Browns, per source. @JosinaAnderson first

Adam Schefter of ESPN and Ian Rapoport of NFL Network added the cost that the Browns will pay to acquire Cooper.

It’s a 5th rounder going to Dallas and the two teams are swapping 6 rounders. https://t.co/LUfAijXZB8

Cleveland will also, per Rapoport, take on Cooper’s entire contract.

A four-time Pro Bowl selection, Cooper started his career with the Oakland Raiders before getting traded to the Cowboys in 2018. He was quite productive for Dallas, but between his gigantic salary — he signed a $100 million extension with the team in 2020 — and the emergence of players like CeeDee Lamb and Michael Gallup, his production slipped last year, catching 68 balls for 865 yards and a career-high eight touchdowns.

Now, Cooper will head to Cleveland, which appears slated to keep Baker Mayfield around as their starting quarterback during the final year of his rookie contract.