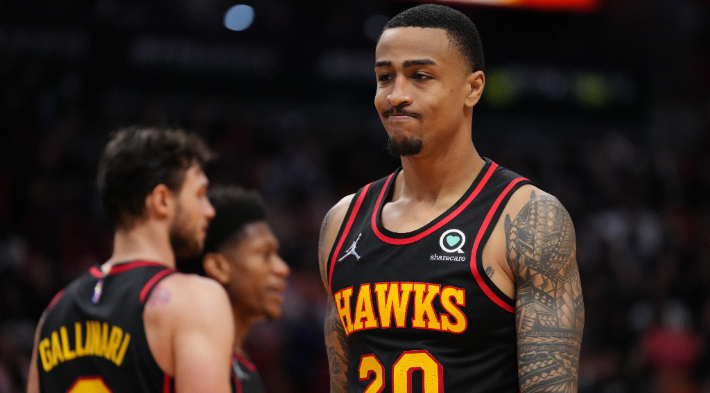 The Atlanta Hawks season has not gone according to plan, as they find themselves fighting to make the play-in tournament in the East just a season after making a run to the Eastern Conference Finals and bringing back pretty much the exact same squad.

With just 13 games to go in the season, the Hawks are 34-35, placing them in the 10th and final play-in spot (albeit with a comfortable 4.5 game edge on Washington), a half-game back of the Hornets for ninth. Inconsistent play, poor defense, and injuries have all combined to make this a disappointing season in Atlanta, and things are apparently only getting worse on the injury front. John Collins has missed 10 of the last 14 games for the Hawks with a finger injury and a foot strain, and will now be out indefinitely after learning he had a plantar fascia tear in that right foot.

Hawks forward John Collins has a plantar fascia tear in his right foot as well as damage to his right ring finger, sources tell me and @ChrisKirschner. Collins has been playing through pain for past several weeks, but will now be sidelined indefinitely.

Collins’ importance to the Hawks is tremendous, as their best frontcourt scorer and a key part of their defensive plan when he’s healthy and able to use his tremendous athleticism. While there’s no timetable given for Collins’ injury, one would think he’s likely done for the season given how few games are left on the schedule, which means Atlanta will likely face needing back-to-back wins in the play-in without their secondary star next to Trae Young.