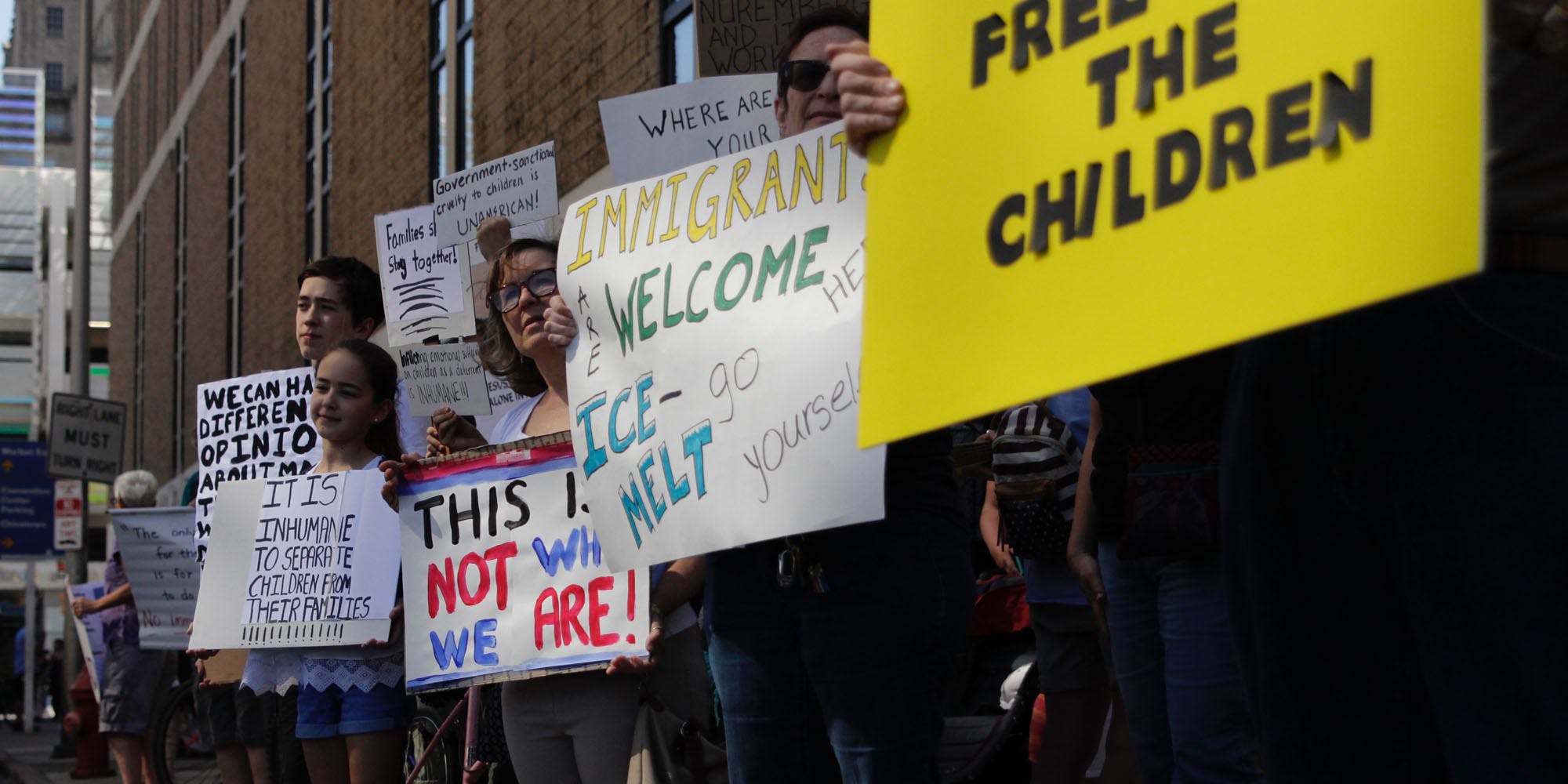 A report released on Tuesday by researchers at the Georgetown Law Center on Privacy & Technology argues that ICE built a dragnet surveillance system capable of tracking essentially any adult in the U.S. in real-time.

“Our two-year investigation, including hundreds of Freedom of Information Act requests and a comprehensive review of ICE’s contracting and procurement records, reveals that ICE now operates as a domestic surveillance agency,” the report states. “Since its founding in 2003, ICE has not only been building its own capacity to use surveillance to carry out deportations but has also played a key role in the federal government’s larger push to amass as much information as possible about all of our lives.”

The researchers assert that ICE has sidestepped surveillance laws and crossed “legal and ethical lines” by obtaining “digital records of state and local governments and buying databases with billions of data points from private companies.”

“Despite the incredible scope and evident civil rights implications of ICE’s surveillance practices, the agency has managed to shroud those practices in near-total secrecy, evading enforcement of even the handful of laws and policies that could be invoked to impose limitations,” the report continues. “Federal and state lawmakers, for the most part, have yet to confront this reality.”

“To locate its targets, ICE takes data that people give to state and local agencies and institutions in exchange for essential services,” the report adds. “ICE often accesses that data without the permission or even awareness of the entity that originally collected the information.”

While some attempts have been made to reign in the agency’s surveillance capabilities, ICE has largely been able to bypass such efforts at both the national and state level.

The research group, which worked alongside numerous immigrant rights organizations, is now calling on Congress to strengthen data privacy laws and bar ICE from accessing private information such as utility and driver’s license data.

ICE did not immediately respond to a request for comment from the Daily Dot.