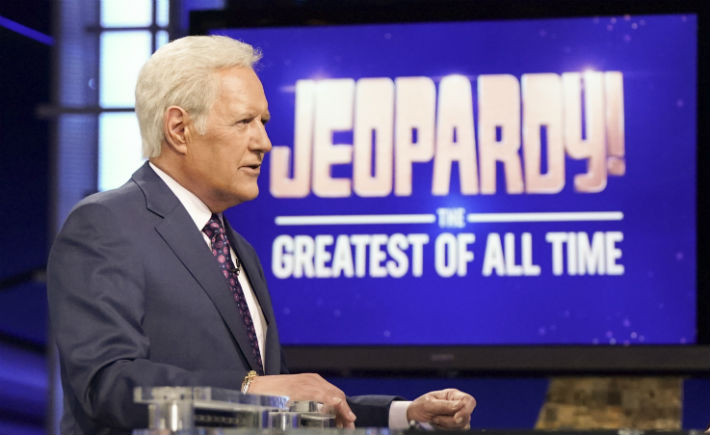 Alex Trebek’s death on Sunday hit home for millions of people, as the longtime Jeopardy! host had become an institution of American television and someone that was a regular visitor into your home most every weeknight. As Ken Jennings said in his tribute on Twitter, Trebek felt like a family member to so many because of the familiarity and comfort you felt just watching him, even if you’d never met the man. Those lucky enough to have met him, meanwhile, have almost nothing but glowing things to say.

As tributes continue to pour out about Trebek, we thought we’d put together some of our favorite moments of his on Jeopardy! For me, the last two years after he announced his diagnosis of stage IV pancreatic cancer produced some of the most memorable moments, as it seemed everyone that came on the show recognized that we weren’t going to have Trebek with us forever. That led to some touching moments as contestants made sure to give Trebek his flowers while he was still hosting the show, which if there’s a small silver lining to all of this, it is that he got a chance to hear from people how much he meant to them.

Two of the most shared clips in recent days have been of Dhruv Gaur’s touching “We Love You Alex” answer to Final Jeopardy during last year’s Tournament of Champions and recent champion Burt Thakur’s emotional testimony of how he learned to speak English by watching Trebek on Jeopardy! with his grandfather.

It has been pretty tremendous to see over the past couple years as contestants show their appreciation for the legendary host, and, as our Ryan Nagelhout wrote, part of what made Trebek so beloved was his genuine hope for everyone to do well on the show and the care he took in getting each contestant to open up, even ever-so-briefly, on the show. He also took delight in seeing contestants win, whether it was how astounded he was by the performances of Ken Jennings and James Holzhauer on their legendary runs, or this moment in which all three contestants tied (with the returning champ purposefully betting the amount to let the other two tie him) and, thus, all won $16,000 and got to come back to play the next day. (This rule eventually changed and there’s now a tiebreaker question.)

While Trebek was known for his kindness and warm-hearted nature, which was why so many took delight in seeing him make jokes or even curse, as everyone does, in outtakes like this oft-viral clip of him doing promos for the Jeopardy! phone game.

His dry humor was often on display, but almost never to the delight of the audience more than when they would slip a sports category in that would completely stump the contestants. His delivery of “If you guys ring in and get this one, I will die” is one of the funniest things ever on the show.

Trebek also listened to more “fun facts” about contestants than any human probably should have to, and sometimes their talents or stories would blow him away, such as the recent beatboxer who appeared on the show and made Trebek genuinely thrilled with his exploits.

Other times, people would relay some extremely obscure interests to the host and television audience, to whom Trebek would try to translate to the people at home, most famously with his “losers, in other words” quip after a lady explained nerdcore hip-hop.

And then there were those relationships we got to see him build on screen with two of the best contestants the show ever had, Jennings and Holzhauer, who are inextricably linked to Trebek forever. Holzhauer’s dominance was something that made Trebek almost guffaw at, with his incredible acumen, skill, and knowledge in just about every category. For Jennings, the on-screen dynamic was similar but the 74-time champ clearly loved to prod at Trebek and try to make him break his typical stoic character, never more successful than his answer of “hoe” that produced an all-time reaction from the host.

There are words that Jeopardy! fans will always hear in Trebek’s voice, none more than genre, but for me personally I will always laugh uncontrollably at the weirdest Jeopardy! video edit on the internet: Jeffpardy!

What’s amazing about Alex Trebek’s longevity as host of Jeopardy! is that nearly everyone you ask will have a different favorite memory of Trebek. Some will be incredibly personal, while others may simply be some very funny moment they’ll never forget, whatever the case, he has left an indelible mark on millions and it’s a pretty tremendous legacy to leave behind. As for Trebek himself, he became introspective after his cancer diagnosis and offered his thoughts on how he wanted his final episode to end.

“It’ll be a significant moment for me,” he said. “But I’ve kind of, in my mind, rehearsed it already, and what I would do on that day is tell the director, ‘Time the show down to leave me 30 seconds at the end. That’s all I want.’ And I will say my goodbyes and I will tell people, ‘Don’t ask me who’s going to replace me because I have no say whatsoever. But I’m sure that if you give them the same love and attention and respect that you have shown me…then they will be a success and the show will continue being a success. And until we meet again, God bless you and goodbye.”

Until we meet again, Alex.