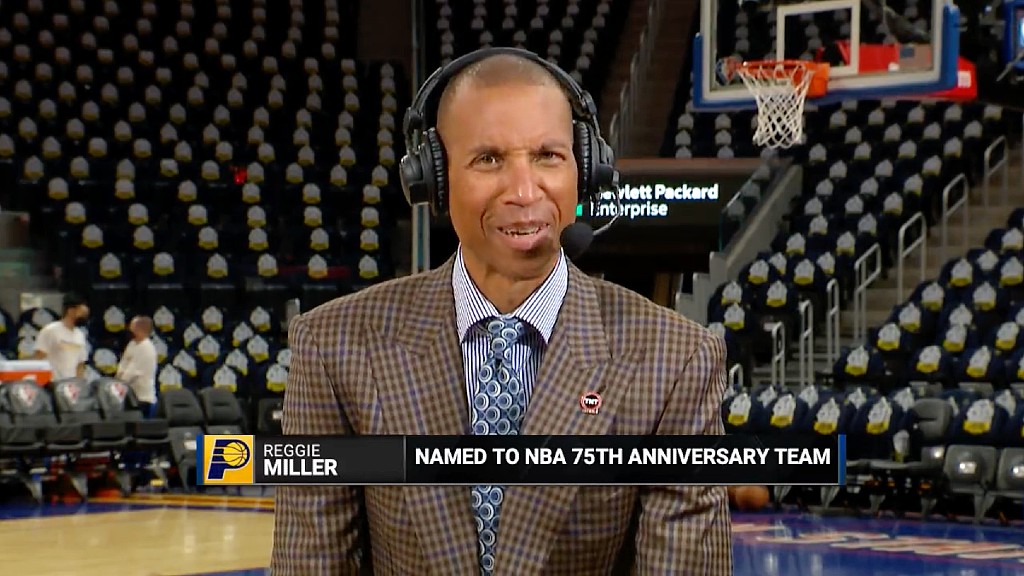 The final 26 names on the NBA’s list of the 75 Greatest Players were unveiled on Thursday and many were names you’d expect, as a lot of new faces not on the NBA at 50 list were saved for the final night.

Among those were a couple players who were considered snubs back in 1996 like Dominique Wilkins and Bob McAdoo, while plenty of current stars also found their way on. Among the new additions was Reggie Miller, who was surprised with his selection on Thursday night when he joined the Inside the NBA crew from San Francisco where he thought he’d be discussing a sitdown interview he did with Stephen Curry (likewise named to the list).

When Ernie Johnson and the crew in Atlanta told him he had made the list, Miller was taken aback, clearly shocked by his inclusion and noting that, while he felt his resume belonged with anyone else’s, he never expected to be among the 75 (actually 76) names listed. The result was an incredibly cool live TV moment that showed Miller, rarely at a loss for words, struggling to figure out just what to say.

It is a really awesome moment that you could tell meant a lot to Reggie. Later on in the interview he would talk about the influence of his sister Cheryl and how this is really a family honor because she pushed him constantly as “the greatest women’s basketball player ever.”