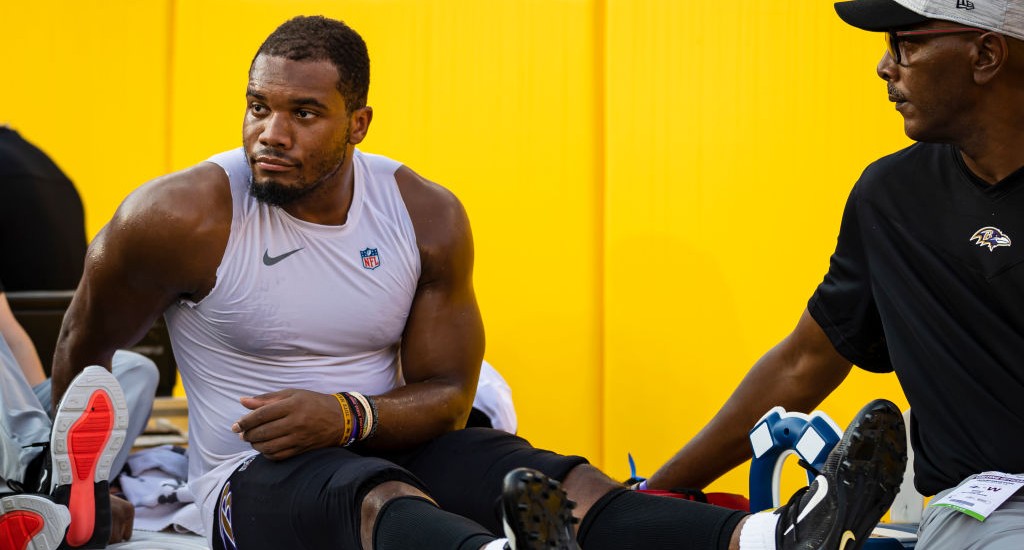 The Baltimore Ravens are a team built on their ability to run the football, with their passing offense working off of the threat of the run from a strong stable of backs and, most notably, the presence of the most lethal running quarterback in the NFL in Lamar Jackson.

In 2020, the Ravens led the NFL in rushing with over 3,000 yards as a team, one of the rare teams with more rushing yards than passing yards in an increasingly pass-happy league. Jackson was their leading rusher with 1,005 yards, but not far behind was J.K. Dobbins, their rookie out of Ohio State who had 805 yards on 134 carries, giving him a 6.0 yards per carry average that is an elite mark for a back. Dobbins figured to be featured heavily again in 2021 for the Ravens, but in their final preseason game on Saturday, he was carted off the field against Washington with an apparent knee injury.

Unfortunately, an MRI on Sunday confirmed the worst as Adam Schefter of ESPN reported Dobbins has suffered a torn ACL that will end his 2021 season before it can even begin.

An MRI today confirmed that Ravens’ RB J.K. Dobbins, one of the top young running backs in the game, suffered a season-ending torn ACL, per source.

Gus Edwards, the Ravens third-leading rusher a year ago with 723 yards and six touchdowns figures to become their primary back, with Nate McCrary and Ty’Son Williams both likely to see opportunity for backfield touches much sooner than anticipated this season. For any team losing a starter for the season is a big blow, but there’s no team more reliant on the run game than Baltimore and losing Dobbins will, if nothing else, require someone like McCrary or Williams to step up in a big way as well as put an even bigger burden on Lamar Jackson to create more both on the ground and through the air.