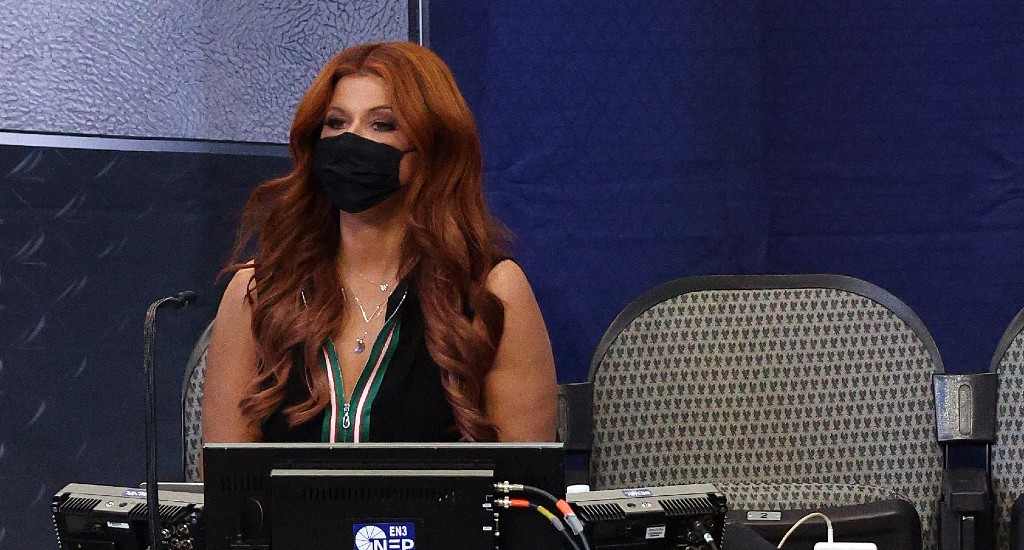 The 2021 NBA Finals are set to begin on Tuesday night in Phoenix, but the events of this weekend in the NBA media space has caused some last minute changes for ESPN.

On Sunday, a bombshell report indicated internal discord within the ESPN NBA team over leaked audio of Rachel Nichols suggesting Maria Taylor was given the role of anchoring NBA Finals coverage because of ESPN’s concern about their “crappy record on diversity” instead of being deserving of that role — which is strange given she anchors the company’s studio coverage throughout the entire regular season and playoffs. That, unsurprisingly, created quite the uproar and the past two days have seen ample discussion about race, media coverage, and allyship across social media.

On Monday, Nichols very briefly addressed the situation with an apology to Taylor and her colleagues to open The Jump before moving on, and there were many who were surprised ESPN seemingly wasn’t changing anything with regards to Nichols’ responsibilities. That changed on Tuesday, when on the day of Game 1 it was announced that Nichols would no l onger be on sidelines

Advertisement
and would just do The Jump, with Malika Andrews taking on reporting duties for the Finals alongside Mike Breen, Jeff Van Gundy, and Mark Jackson.
Advertisement

Malika Andrews will join the team to provide sideline reports throughout the series. The quartet will call the action courtside from Phoenix and Milwaukee.

The press release, unsurprisingly, doesn’t mention specifically that Nichols was removed, just that Andrews is joining the Finals broadcast team and Nichols will be hosting The Jump. The company did release a brief statement on the move to Andrew Marchand of the New York Post, saying the goal was to keep focus on the Finals.

ESPN said, “We believe this is best decision for all concerned in order to keep the focus on the NBA Finals. Rachel will continue to host The Jump.”

Taylor, of course, will continue hosting NBA Countdown from on site for pregame and halftime, and you can almost guarantee that her colleagues, particularly Jalen Rose, will have something to say at the start of the Game 1 broadcast on Tuesday night.