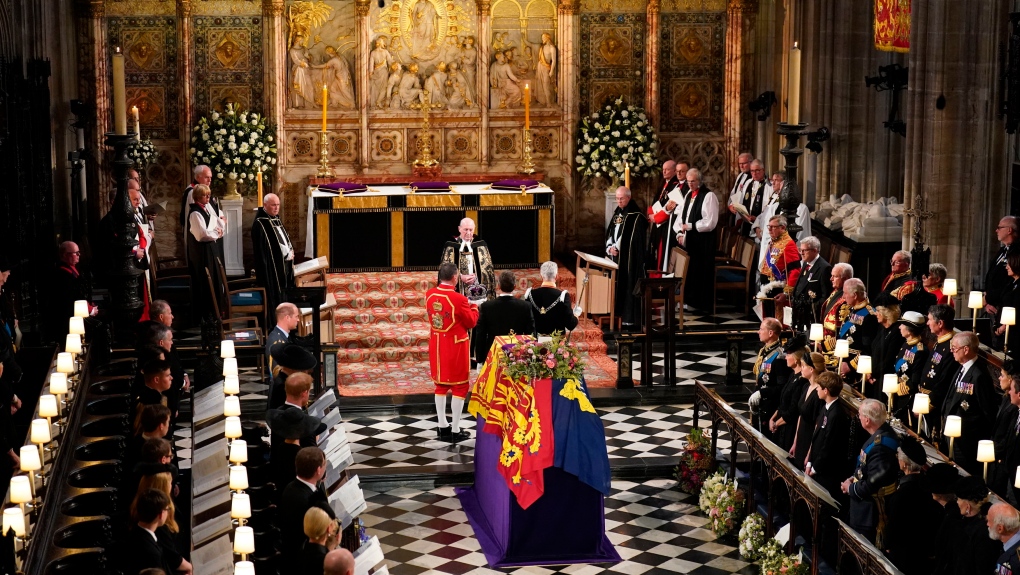 After 10 days of mourning, Queen Elizabeth II, the longest-reigning monarch has finally been laid to rest after members of the Royal Family, world leaders and thousands of others witnessed a historic send-off.


On Monday, the world said one last goodbye to the Queen in a full-day service that included a moving sermon, personal send-offs from members of the Royal Family and united Canadian and British armed forces.


Leading the service was Archbishop of Canterbury Justin Welby, who provided a moving sermon that talked about the Queen’s lifelong dedication to the Crown.


Welby spoke to the hundreds of guests at Westminster Abbey and millions watching from home on Monday as he praised the Queen’s promise she made on her 21st birthday that she would dedicate her whole life to serving the Commonwealth nations.


The archbishop offered comfort in prayer to the Royal Family and mourners across the globe feeling grief over the loss of the world’s most notable matriarch. His sermon referenced one of Queen’s final broadcasts, which was during the height of the pandemic, where the late monarch assured the public “we will meet again” amid a global lockdown.


“Service in life, hope in death. All who follow the Queen’s example, and inspiration of trust and faith in God, can with her say: ‘We will meet again,’” he said.


Among the 2,000 world leaders paying their respects to the Queen during Monday’s service, Royal family members went to say their last goodbyes to their matriarch.


Her eldest son and now the new sovereign, King Charles III, left a handwritten note on the coffin of his late mother. According to CNN, the message read: “In loving and devoted memory. Charles R.”


Along with the letter, Charles also had a special wreath made that contained flowers and foliage from the gardens of Buckingham Palace. The wreath included rosemary, scented pelargoniums, dahlias and myrtle, which was cut from a plant that grew from a sprig of myrtle that was in the Queen’s wedding bouquet, according to the Palace.


Charles, along with the Queen Consort Camila, his siblings, children and grandchildren were all in attendance. The children of the Duke and Duchess of Cambridge, William and Kate, also played a role in their grandmother’s funeral by being included in the royal procession.


Prince George, who is nine years old and his sister, seven-year-old Princess Charlotte, walked alongside their parents during the service at Westminster Abbey as they accompanied the Queen’s coffin.


Canada’s presence was made widely known during the Queen’s send off Monday morning as five members of the Royal Mounted Police (RCMP) led the procession in London. Four of the members of Canada’s Musical Ride contingent rode horses that were gifted to the Queen by the RCMP. Alongside the RCMP, more than 60 members of the Canadian Armed Forces were also in attendance from various regiments across Canada.


The RCMP has provided several horses to the monarch during her reign, including gifting her what would later become her favourite horse, Burmese, in 1969. The Musical Ride contingent has accompanied the monarch on many occasions, including her coronation in 1953.


Eight pallbearers are being praised for gracefully carrying the Queen’s coffin up St. George’s steep chapel steps in London as members of the Royal Family walked behind them.


The soldiers of the Queen’s 1st Battalion regiment had the nerve-wracking honour of carrying the late monarch in the heavy, lead-lined coffin, topped with the diamond encrusted Imperial State Crown and the monarch’s orb and scepter.


Viewers took to Twitter to praise the soldiers for their steady composure during the service.


A user by the name Sheila Allies tweeted, “Well done to the queen’s pallbearers. What a fantastic job they did. I’ve walked up those steps into the chapel and they are very steep. Well done indeed.”


Another person tweeted, “In awe of the Queen’s Company 1st Batallion Grenadier Guards who were Her Majesty’s pallbearers. The strength, courage and nerve shown during the #queensfuneral today was nothing short of amazing. Immaculate precision with the eyes of the world on them.”