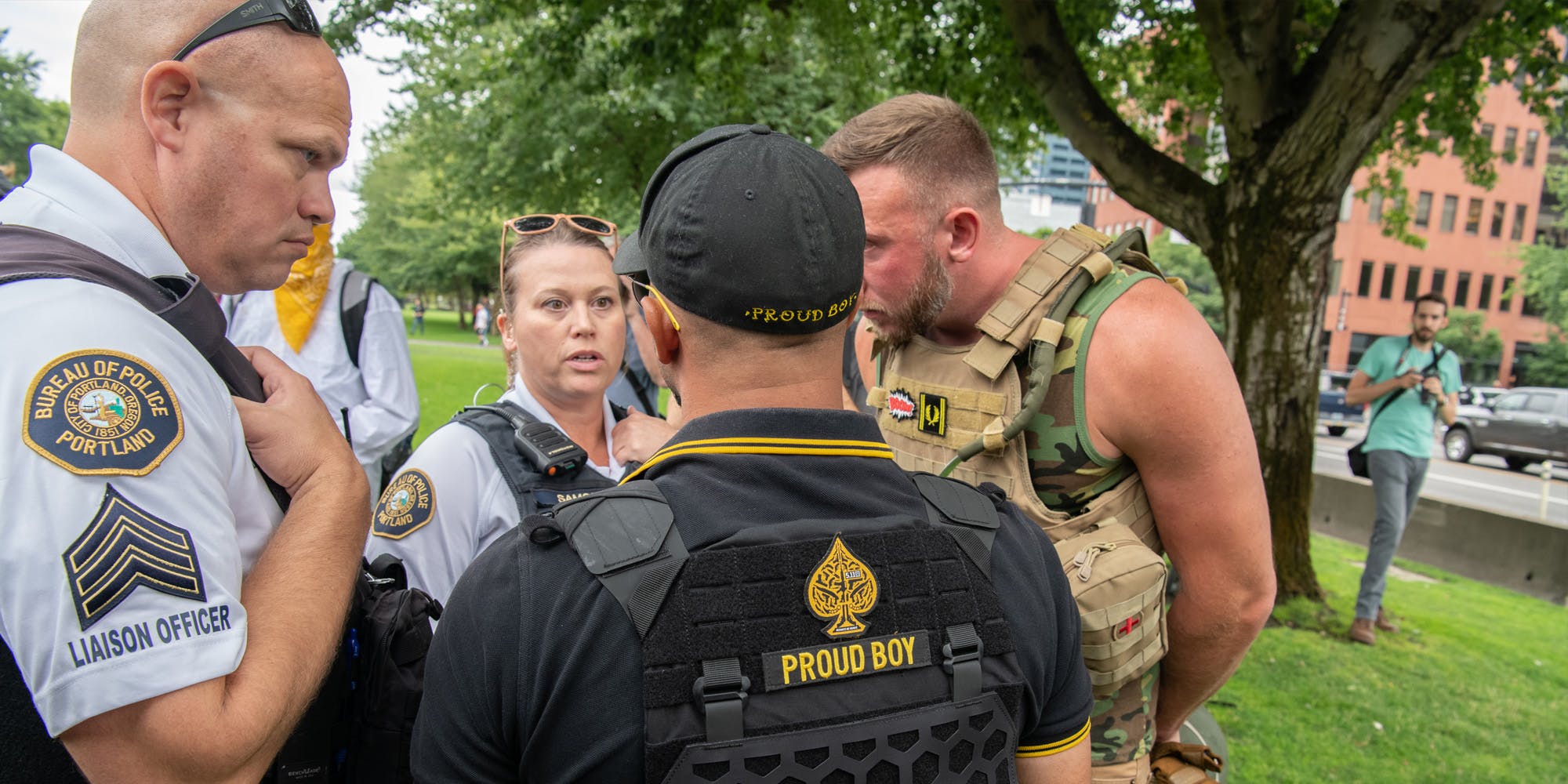 In a new court filing, longtime Proud Boys leader Enrique Tarrio claims that the Proud Boys “always” coordinated with the police prior to an event, implying that they went the Capitol on Jan. 6 with no criminal intent.

Tarrio is charged with seditious conspiracy and other crimes associated with the Capitol riot. He’s pled not guilty to federal charges of plotting the violent assault on democracy.

Approximately 140 Capitol Police officers were injured in the attack.

Tarrio was not present during the riot due to a court order that he stay out of Washington, D.C. Prosecutors allege that he nevertheless coordinated the attack alongside top lieutenants from the Proud Boys. In June, one of his co-defendants filed a document believed to contain many details of their plan to attack Congress to stop it from certifying the 2020 presidential election.

On Monday, Tarrio filed what’s known as a “Brady motion,” seeking exculpatory evidence from prosecutors. In that motion, he insists that the Proud Boys worked with the police about attending the event.

“Prior to any rally or protest that the Proud Boys would attend, they would always communicate with the appropriate law enforcement agencies as per standard operating procedure,” the motion states. Tarrio claims that these communications include notifying police of the Proud Boys’ plans, seeking law enforcement protection for the notoriously violent group, and choosing a staging area and route “to avoid extreme left wing group areas and any potential conflicts.”

Tarrio has been accused of a different kind of coordination with law enforcement, as documents reveal he was a federal informant. Some within the Proud Boys have accused him of ratting out fellow members, which he denies.

In the motion, Tarrio asserts that the Proud Boys coordinated with Portland, Oregon police prior to one rally. He also claims they worked with the Metropolitan Police Department on multiple occasions prior to and including the Capitol riot.

He’s demanding prosecutors turn over all communications between Proud Boys and the police prior to rallies and protests they attended. The motion includes a lengthy list of examples, including emails, texts, handwritten notes by both prosecutors and police, recordings, dispatch calls, social media accounts, electronic devices, investigative files, and the names and addresses of witnesses.

Tarrio’s team likely believes that in showing the Proud Boys reached out to police before coming to the Capitol, they did not head to D.C. with violence on their mind.

The motion says his counsel previously asked prosecutors to provide “all communications Mr. Tarrio and/or any Proud Boy had with the Metropolitan Police Department of the District of Columbia and/or the Secret Service.”

The motion says that prosecutors told Tarrio’s lawyers that at least some of the evidence is already in their possession.

Tarrio’s motion notably describes him as the “Chairman and public face of the Proud Boys.” Tarrio said he was stepping down earlier this year amid reports that some members were dissatisfied with his leadership, in part because he was a law enforcement informant and in part due to disagreements over finances.

The court hasn’t yet ruled on the motion.

Dr. Oz Roasted Over Video of Grocery Shopping for Crudité

Members of the Proud Boys Are Selling Ghost Guns Online

No, the Government Isn’t Burning Crops