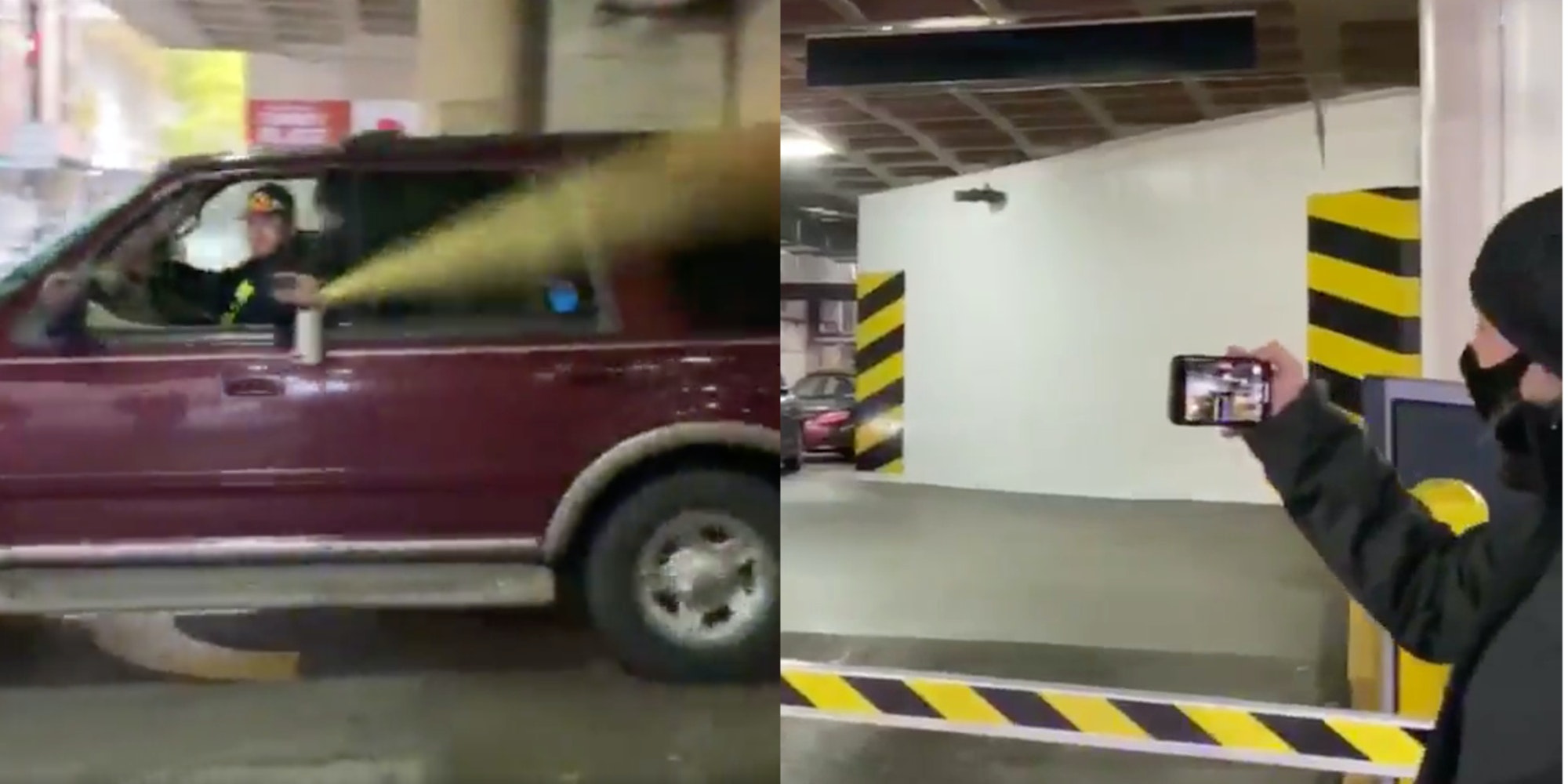 An alleged member of the Proud Boys was apparently so offended after a woman called the far-right group the “Poor Boys” that he pepper-sprayed her as he was exiting a parking garage.

The woman filmed the incident, which reportedly took place in Portland, and the video was later reposted to the “Public Freakout” subreddit, where it went viral.

In the video, the man is attempting to exit the garage but appears to be having an issue with his parking ticket as the line of cars behind him is backed up. A woman, standing in the garage with another woman, tells him to not “park in f*cking parking garages.”

“Shut your f*cking mouth, you dumb c*nt, you dumb f*cking b*tch,” he responds from inside his vehicle.

“Yeah, you’re real f*cking cool standing there, talking all your big shit on your little tiny phone,” he says, mockingly. “Oh no. I’m so f*cking scared of you.”

The other woman then identifies him as a Proud Boys member, telling him that the group should pay for him. “Poor boys suck a**,” the woman filming repeatedly says.

He then pepper-sprays them on his way out of the garage. “Oh I got that on film,” she says before shouting out his license plate number.

While it’s unclear when the incident occurred, President-elect Joe Biden accidentally gave the Proud Boys their alternate name at the second and final presidential debate in October. Biden was discussing President Donald Trump’s refusal to condemn the far-right group when he seemingly misspoke. “He says about the Poor Boys, last time we were on stage here, he said, ‘I told them to ‘stand down and stand ready,’” Biden said at the time, referring to Trump’s remarks, which were made at the first presidential debate.

The Proud Boys were similarly so upset with the new moniker at the time that they flocked to Parler to complain. “It’s PROUD BOYS Joe,” one post read. “Don’t act like you don’t know the name, b*tch.”