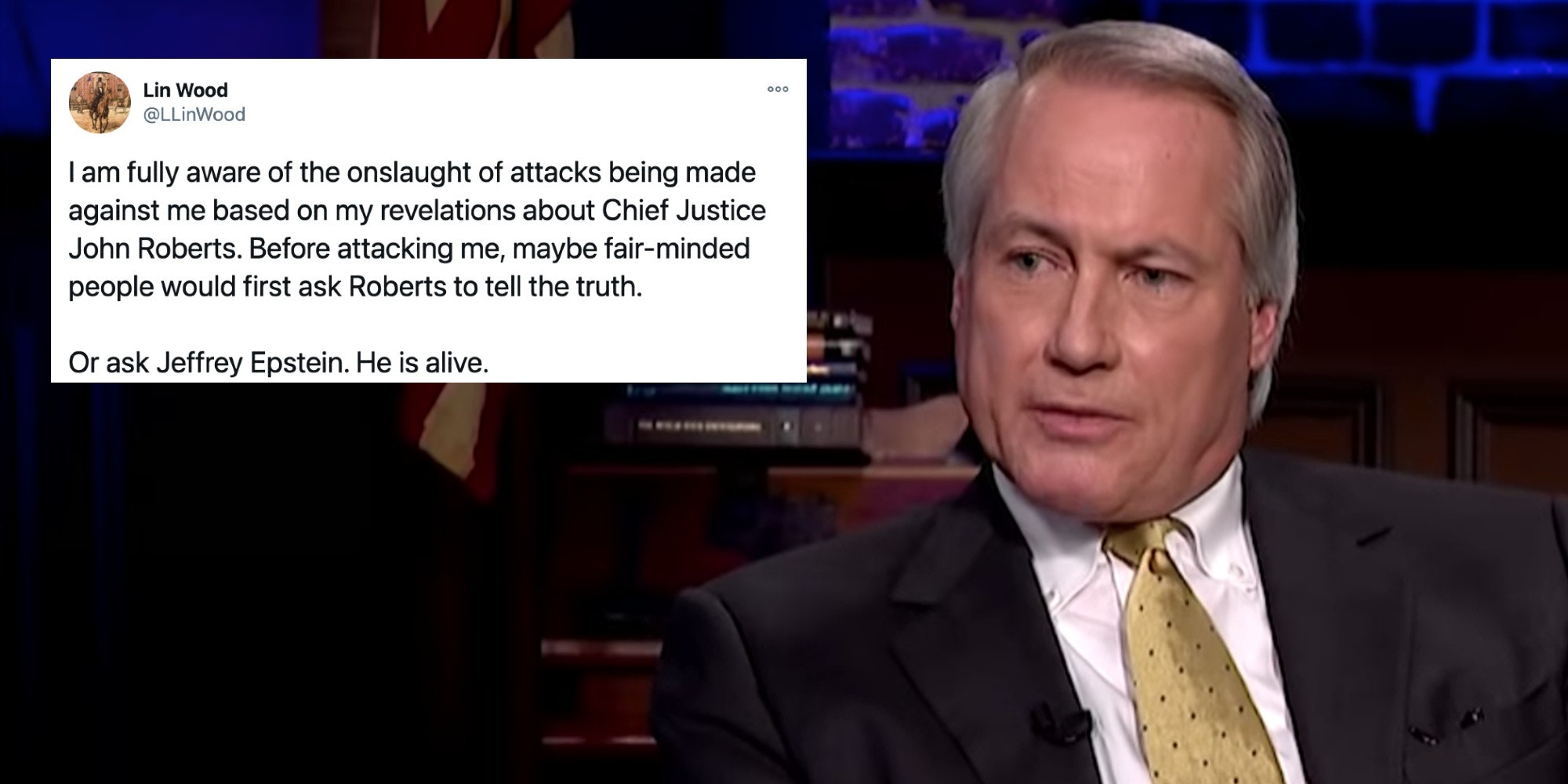 The Supreme Court has drawn the ire of Wood and Trump's supporters for refusing to entertain discredited claims regarding the legitimacy of the 2020 election. Wood took the issue a step further this week by accusing Roberts of being a pedophile.

"My information from reliable source is that Roberts arranged an illegal adoption of two young children from Wales through Jeffrey Epstein," Wood tweeted. "I think we can all agree that Epstein knows pedophilia. If only Jeffrey Epstein was still alive... Wouldn’t that be something?"

Wood went one step further on Thursday by not only doubling down on his defamatory claims about Roberts but by also alleging that Epstein hadn't actually died.

"I am fully aware of the onslaught of attacks being made against me based on my revelations about Chief Justice John Roberts," Wood wrote. "Before attacking me, maybe fair-minded people would first ask Roberts to tell the truth. Or ask Jeffrey Epstein. He is alive."

The tweet from Wood, who currently boasts more than 900,000 Twitter followers, has been shared well over 51,000 times thus far.

Wood as well as fellow conspiracy theorist and attorney Sidney Powell have garnered a cult-like following online from Trump's most ardent supporters.

While the president cut Powell from his legal team in late November, both she and Wood have reportedly kept in touch with the president.

The pair's antics reportedly even shocked Trump's personal lawyer Rudy Giuliani, who has likewise been central in spreading conspiracies about the election.

Although it remains unclear whether Roberts will take legal action against Wood, the lawyer is already facing trouble from his unfounded claims. Dominion Voting Systems, which has been at the center of countless debunked claims as well, announced last week that it would be taking legal action against numerous right-wing figures, including Wood and Powell.