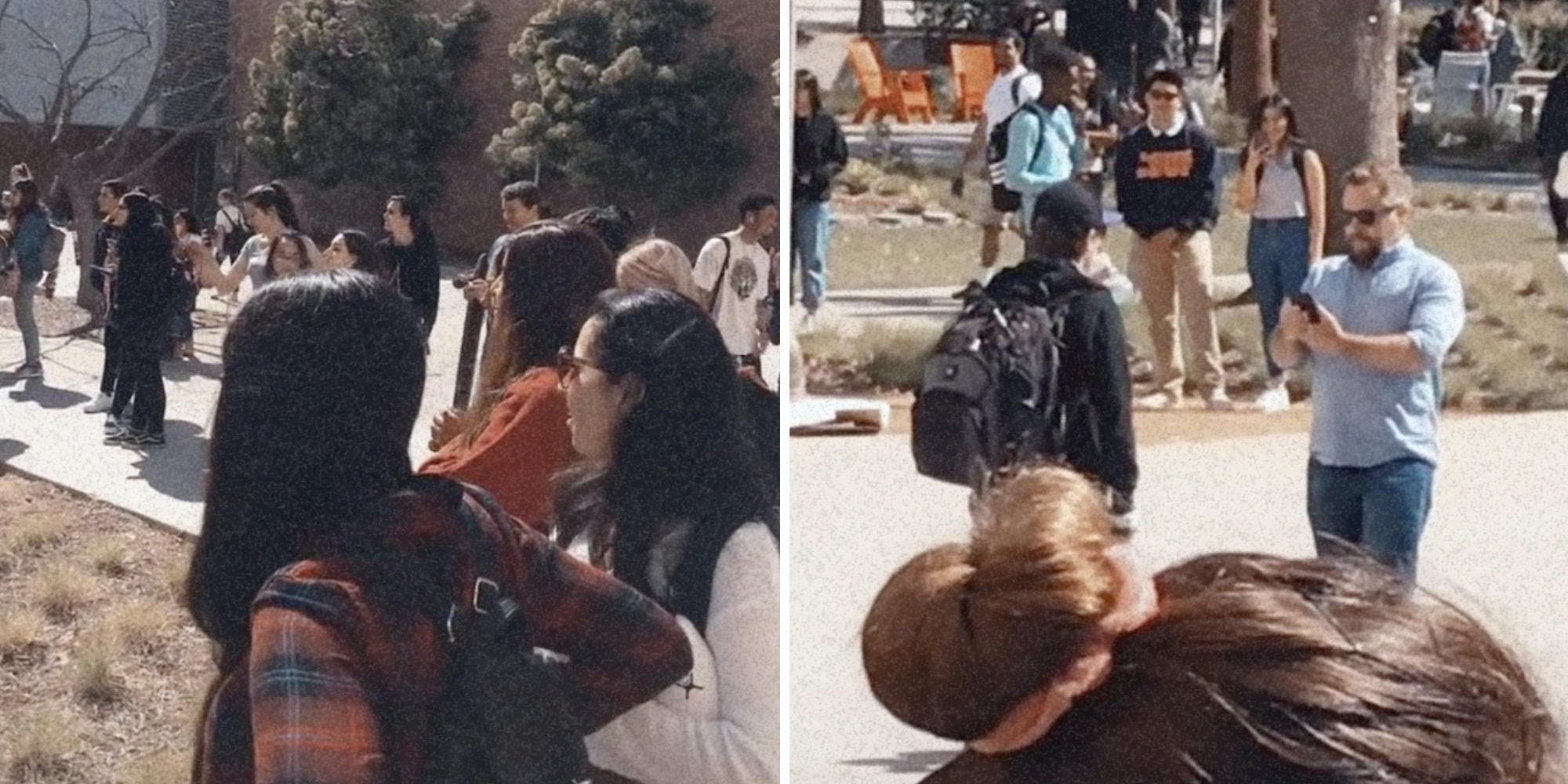 A viral TikTok purports to show a preacher arguing with a queer student on a college campus and includes the sound of someone screaming. The video has sparked debate about political division in its comments section.

The TikTok, which was posted by @therealchillsub on Tuesday, has over a million views. The TikToker captioned the video “when a preacher and lgbtq+ student collide” and indicated that it was filmed at California State University Fullerton’s campus.

In the video, someone is heard saying “shut up” after another person screams. Dozens of students surround two people: One looks to be a student, and the other is an older man. The older man takes his phone out of his pocket before the camera pans away to show the other students watching the interaction.

“Can’t win an argument with logic & reasoning, so they resort to shouting down their opponents,” @bukey388 wrote.

“The Party of acceptance and tolerance,” @lordconc3pt commented.

Others commented on the function of debate on college campuses, especially between two people who are traditionally thought of as being opponents such as the LGBTQ community and clergy.

“The height of mature exchange of ideas,” @elaerysisles commented.

“Childish, don’t listen to other people and think their opinion is right and will always be right!” @nick________ commented.

The Daily Dot reached out to @therealchillsub through an Instagram direct message and to CSU Fullerton via email.

Tricia Crimmins is the IRL staff writer at the Daily Dot. She is also a New York-based comedian studying at Columbia Journalism School. Previously, she has written for Mashable, Complex Networks, and Moment magazine. She can be found on Twitter at @TriciaCrimmins.