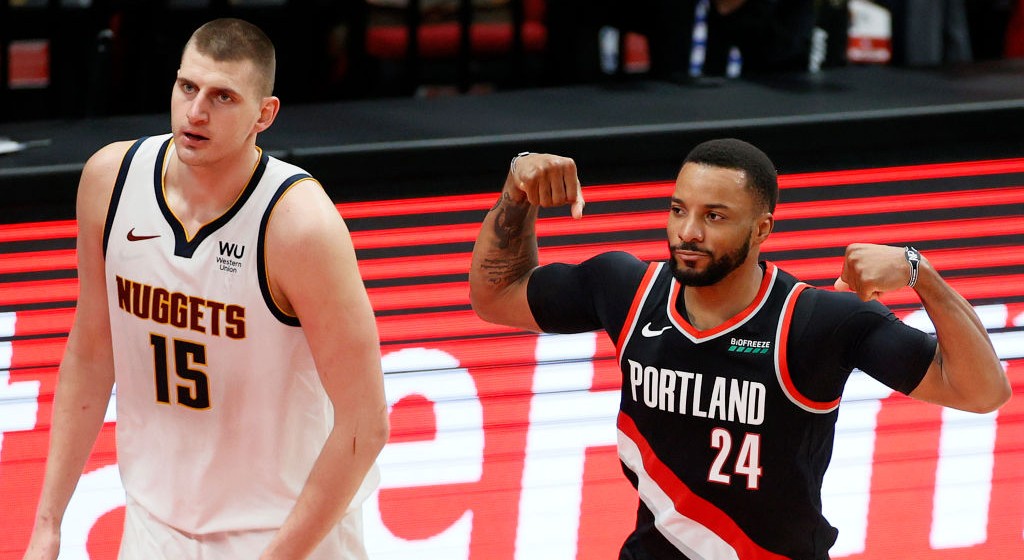 After Denver swiped homecourt back in a thrilling Game 3 performance, it was imperative for the Blazers to get at least one win at home to tie things up at 2-2 going back to Colorado in Game 4. They managed to do just that, blitzing the Nuggets from the opening tip and following the lead of Jusuf Nurkic, Norman Powell, and CJ McCollum in a rare game where Damian Lillard was an afterthought.

Nurkic was the best big man on the court for either team in Game 4, dominating his matchup with Nikola Jokic. Jokic had just 16 points and nine rebounds on 7-of-18 shooting, looking a touch out of sync against his former teammate who for the first time all series was able to truly get the best of the presumptive MVP. Nurkic had 17 points, six rebounds, and two blocks in 27 minutes of action, posting a ridiculous +32 in those minutes to help the Blazers run away with an easy win.

The scoring load fell to Norman Powell on the night, as he was hot from the opening tip, scoring the Blazers first two baskets on his way to 29 points on 11-of-15 shooting, including knocking down four threes. Powell started by getting downhill and then found his stroke from distance, as he took immense pressure off of Lillard who was getting the focus of Denver’s defensive efforts.

McCollum then helped to finish things off in the third quarter as the Blazers ran out to a 32-point lead at one point, putting to rest any thought of a Denver comeback.

The game was done by the late third, and the Moda Center crowd even had time to serenade Carmelo Anthony with a rousing rendition of Happy Birthday for the legend.

In the end, Denver’s bench pulled things back to look a touch more respectable in a 115-95 loss, but it was simply an overwhelming performance by the Blazers in a much-needed win. The Nuggets shot just 34 percent from the field and 29.5 percent from the three-point line, unable to overcome an off-night from Jokic to stay attached to Portland, who lit it up at a 50 percent clip from the field and 36.9 percent from deep. The series now returns to Denver tied at 2-2, with neither team seemingly able to grab a firm hold on the series for very long, as each adjusts and counters the other.