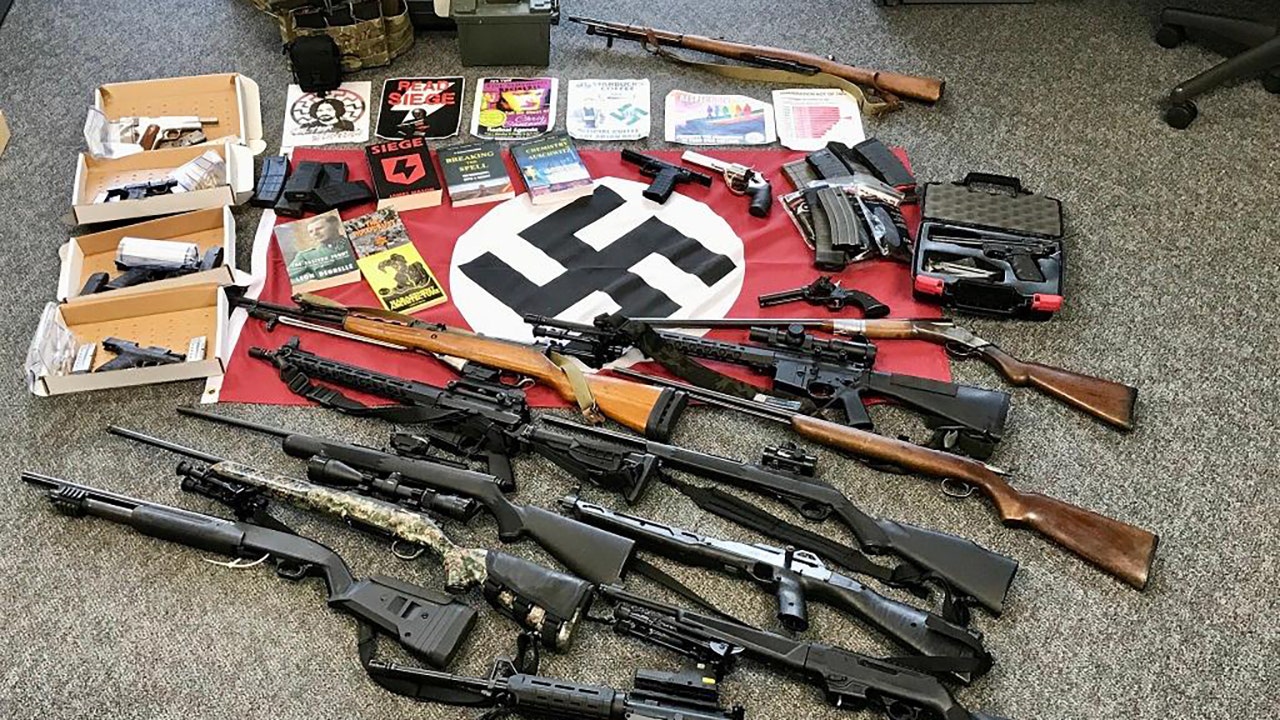 An Oregon man has been arrested after allegedly placing Neo-Nazi propaganda outside a Portland organization that helps refugees and immigrants last month, authorities said Wednesday.

Jarl Judson Rockhill, 35, of West Linn, was arrested at a traffic stop in Clackamas County following an investigation into the April 24 incident at the Immigrant and Refugee Community Organization, Portland police said.

Officials with the organization had reported that an unknown man had placed a neo-Nazi propaganda sticker on the fence of the property, police said. Surveillance video showed the suspect and his vehicle.

After identifying Rockhill as the suspect and taking him into custody, police said investigators executed a search warrant on his vehicle and home, where investigators discovered evidence linking Rockhill to the crime.

Following Rockhill’s arrest, investigators served a search warrant on his home, where officers seized numerous rifles, handguns, and related items that they said were not specifically linked to the criminal investigation.
(Portland Police Bureau)

At Rockhill’s home, officers also seized numerous rifles, handguns and “related items,” which they said was for “safekeeping” as they were not specifically related to the criminal investigation.

Rockhill was booked into the Clackamas County Jail on the arrest warrant for second-degree bias crime.

He may face additional charges of first-degree bias crime and third-degree criminal mischief that were pending in Multnomah County.