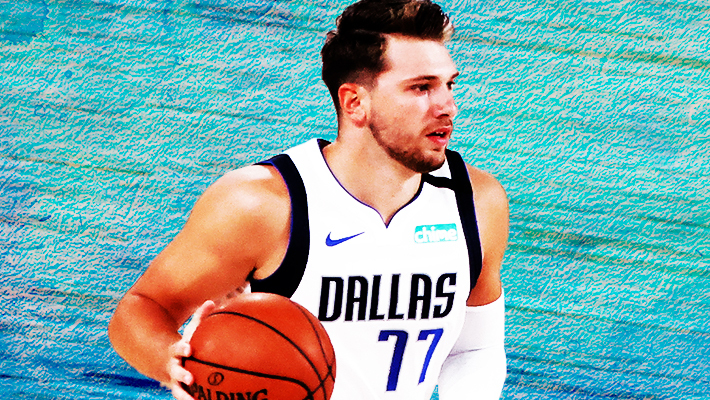 Training camps will open across the NBA in less than one month. That may seem wild given that Summer League concluded only two weeks ago in Las Vegas, but the league is in the midst of another shortened offseason and the bright lights will come on in the very near future. One of the staples of the offseason is the discussion (or argument) about where teams might fall in the standings, and die-hards often use season win total over/under projections as a baseline for this exercise.

To that end, it is time to go over or under on each team in the Southwest Division. For record-keeping purposes, each line below comes from the folks at DraftKings and they will come to you in alphabetical order.

This isn’t a number that I love, in part because the Mavericks hired Jason Kidd. Dallas won at a 48-win pace a season ago, even with a rough start, a thoroughly underwhelming season from Kristaps Porzingis, and the knowledge that the swap involving Seth Curry and Josh Richardson ended in disaster for the Mavericks. That should forecast optimism, particularly with Luka Doncic as a leading MVP candidate and some reasonable moves on the margins with Reggie Bullock and the re-signing of Tim Hardaway Jr. As such, the Mavericks feel like an Over team to me, but that optimism is at least slightly mitigated by what I view as a marked coaching downgrade.

Before we get to the ugly stuff, I’m excited about Houston’s future. Jalen Green looks the part of a future standout, Alperen Sengun is incredibly fun, Usman Garuba and Josh Christopher are quite intriguing, and the Rockets still have Christian Wood, Kevin Porter Jr. and others. The Rockets should even be fun to watch but, after a 17-win disaster a year ago, Houston isn’t going to be good and they have incentive to lose late in the season. Young teams are often bad teams. That’s good to remember amid the future-facing excitement.

The Grizzlies are another tricky evaluation. Memphis openly prioritized the future over the present, both with the trades involving Jonas Valanciunas and Grayson Allen, as well as the draft-night selection of Ziaire Williams. With that in mind, one could expect regression from a 38-34 record last year, especially when taking into account how good Valanciunas was for Memphis. On the other hand, the Grizzlies got only 11 games from Jaren Jackson Jr., and he was clearly limited even when playing. Jackson Jr. should help Memphis, but the organizational priority seems to aim beyond 2022 and the West should be competitive. I still don’t love it, but lean Under.

Which New Orleans team is real? Their 31-41 record would put them on a 35-win pace over an 82-game sample. Their point differential, however, is closer to a 39-or-40 win team. That is the starting point of this breakdown, but the Pelicans… might actually be worse on paper? New Orleans does upgrade from Steven Adams to Jonas Valanciunas, albeit at considerable asset cost, but the Pelicans downgrade from Lonzo Ball to Devonte Graham. Then, there is a clear unknown at head coach, and it isn’t as if their competition got worse. Zion Williamson and Brandon Ingram are good, but it’s tough to figure out the overall direction in New Orleans. That means an Under lean.

If you haven’t seen the over/under for the Spurs, you’re forgiven for falling out of your chair. After making the playoffs in 22 straight seasons, the Spurs have now missed in back-to-back years, but San Antonio was still the equivalent of a 37-or-38 win team a season ago. Now, they are projected for a win total under 30? The Spurs do lose DeMar DeRozan, who was a key piece of their offense, but San Antonio does bring in very helpful vets in Thad Young and Doug McDermott (although Young could be on the move sooner than later). Those pieces, coupled with talent on the perimeter and the (very) important presence of Gregg Popoovich, leads me to the Over. They won’t be good, but they’ll be competitive.