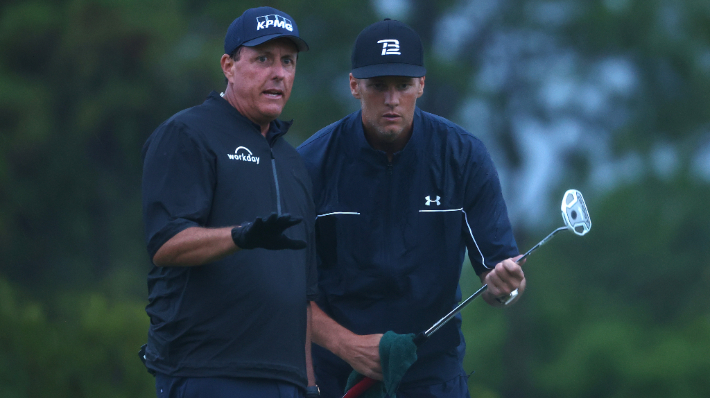 For each of the last few years, The Match has served as an opportunity for golf fans to watch some of the sport’s biggest names hit the links with athletes for other sports. It was announced on Wednesday morning that the latest edition of the event will take place next month, with two PGA tour pros teaming up with two of the greatest quarterbacks of all time.

It is not the first time that Mickelson and Brady have participated in The Match alongside one another, as the two took on Tiger Woods and Peyton Manning in May of 2020. The pair narrowly lost, and following the announcement of next month’s event, Mickelson took to Twitter to say that they have some unfinished business to take care of.

As for DeChambeau and Rodgers, this is the first time that either have played in The Match. Rodgers has not talked any trash on social media in the lead-up, while DeChambeau promised to put on a show.

The latest version of The Match will take place at Moonlight Basin in Big Sky, Montana, with money raised going to Feeding America.