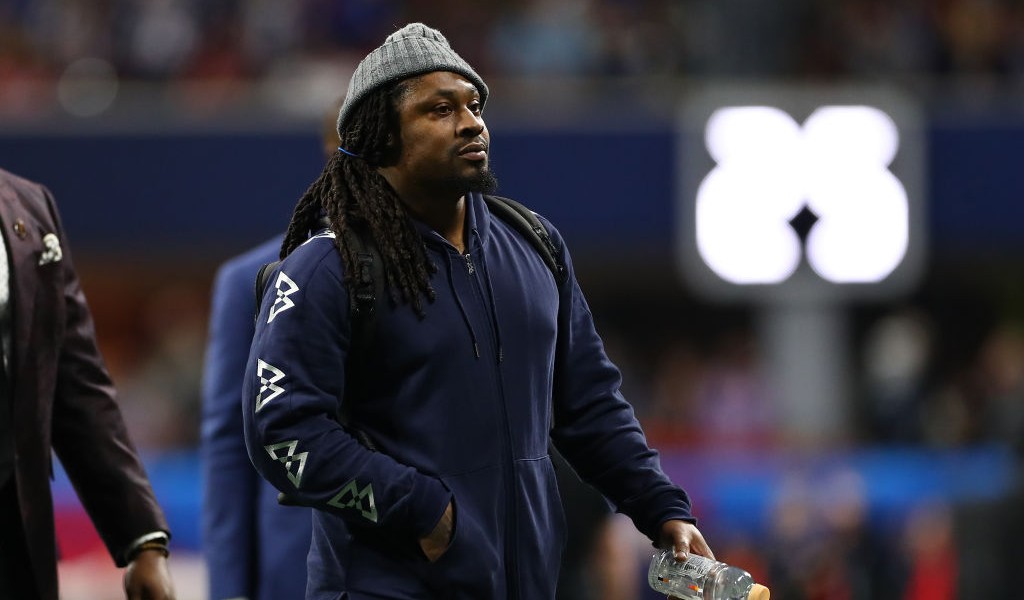 After a couple weeks off, the Manningcast returned to ESPN2 for Saints-Seahawks with Peyton Manning donning an Ole Miss jersey after his Vols lost to Eli’s Rebels two weeks ago, and once again the brothers were joined by some high-profile guests.

The first of those was Marshawn Lynch, a natural fit with the Seahawks playing, but ESPN seemed to not quite recognize why putting Lynch on live television from his house might create some, well, FCC issues. Over the course of his interview, which took up about half of the first quarter, Lynch said “shit” three times and dropped one f-bomb, and each time you could see Peyton die a little bit inside.

The interview, despite the continued stepping on toes due to the remote delay, was tremendously entertaining, because Marshawn Lynch can’t help but be, but what comes with that is that Lynch is always his natural self, which, like most of us, includes cussing. After Lynch left, Peyton had to trot out the old apology for the viewers, despite the resounding response to the interview being “give us more Marshawn.”

It’s not the first time they’ve had to come back from break and issue an apology, which Peyton notes, as Eli got himself in some trouble for throwing up the double birds a few weeks ago. It’s, honestly, part of the charm of the Manningcast, but I’m not sure ESPN will be thrilled with cutting an extra check for a fine.