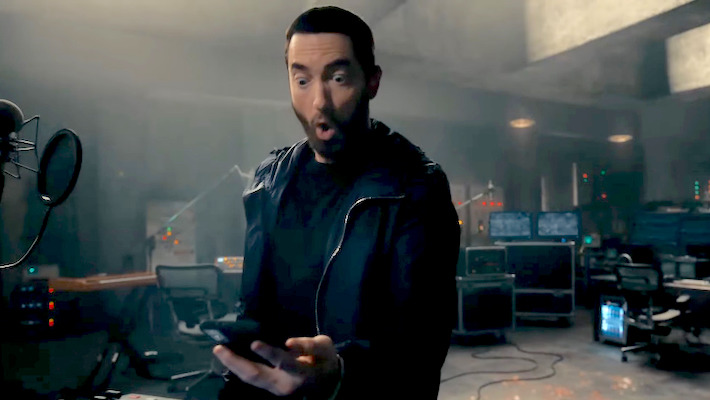 A few months ago, hip-hop fans’ dreams came true when it was announced that Eminem, Dr. Dre, Snoop Dogg, Kendrick Lamar, and Mary J. Blige would all be performing together at the 2022 Super Bowl Halftime Show on February 13. Now, as the big day is less than a month away, Pepsi has shared a cinematic new teaser video for the performance.

“The Call,” a near-4-minute video helmed by Straight Outta Compton director F. Gary Gray, features each artist getting an important call, prompting them all to head to SoFi Stadium in Inglewood, California for the big game. Through the cinematic clip, snippets of the legends’ iconic songs set the stage for the show, as the ad features “Rap God,” “The Next Episode,” “Family Affair,” “Humble,” “Still D.R.E.,” and “California Love.”

Gray says of the video in a statement (via The New York Post), “Each time I collaborate with Dre, it seems to mark an important moment in entertainment history, from projects like Friday

Advertisement
, Set It Off, Straight Outta Compton, to now the Pepsi Super Bowl LVI Halftime Show. As a super fan, I consider it an honor and privilege to authentically build and create this moment with five of the most legendary artists in music history.”
Advertisement

Todd Kaplan, VP of Marketing at Pepsi, also said in a statement, “Now that we are just weeks away from the most anticipated Pepsi Super Bowl Halftime Show performance of all time, we’re bringing fans closer to the magic of what will certainly be a colossal moment in pop culture history.”

Watch “The Call” above.