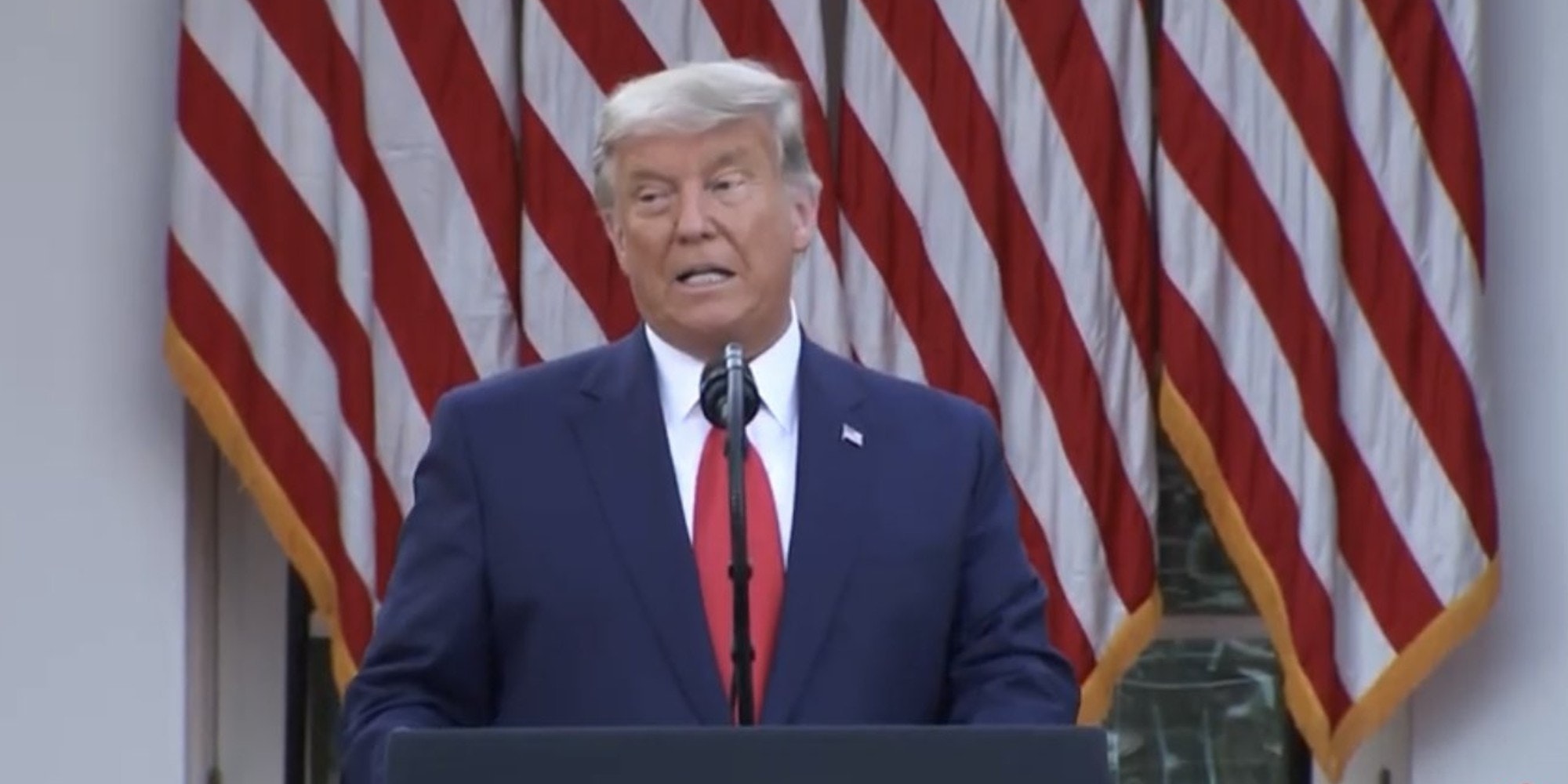 Internet users were scratching their heads on Friday after a viral video appeared to show President Donald Trump with gray hair.

The clip, taken during a press conference outside of the White House, led to widespread debate on Twitter over the actual color of the president’s hair.

“Am I the only one suddenly noticing that Trump has gray hair now?” @ericpaulgeorge asked.

Several users suggested that Trump had merely stopped dyeing his hair the signature “piss yellow” that so many have come to know.

Others jokingly speculated that Trump’s hair had actually been blond the whole time and that his monumental election loss caused it to turn gray within a matter of a week.

“Is it just me or has this guy gone grey in a week?” @MisunderstoodL9 said.

Multiple users argued that Trump actually looked better with gray hair, while others cracked jokes about the president’s change in appearance.

“Trump’s given up the hair dye!!” @turkeygruel said. “I hate the fucker but he looks better with grey hair.”

As noted by Heavy, this is not the first time that Trump’s hair has appeared gray during his time as president. At a press conference in July, Trump also drew attention after sporting the gray locks.

The actual reasoning for the shifts in hair color is unknown, although some historians have speculated that Trump may be trying to change public perception with the gray look.

Is AI in Healthcare Really the Revolution Tech Experts Are Promising?