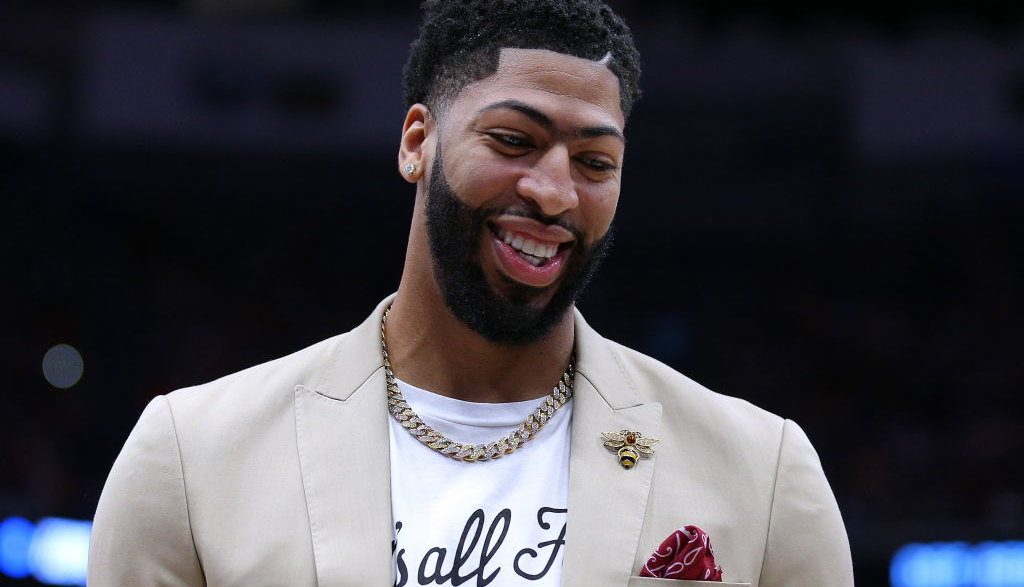 Sunday’s Lakers-Pelicans game in New Orleans had some massive implications for the Western Conference play-in race, as the Pelicans could move ahead of L.A. for the 9-seed with a win. The Lakers looked like they were going to make a statement with a win in the first half, leading by 20 at halftime (and as many as 23), but as has been the case far too often this season, they saw things slip away from them quickly.

New Orleans dominated the second half, outscoring the Lakers 41-25 in the third quarter to pull within four and ultimately pulled away for a 116-108 win, following the lead of Brandon Ingram and rookie Trey Murphy III. LeBron James had 39 points but was held scoreless in the fourth quarter when the Lakers managed to score just 14 points as a team, and the Lakers offense crumbled in key situations down the stretch.

It was an awful loss in a season full of them for the Lakers, and seated on the L.A. bench to watch the collapse was the injured Anthony Davis, who of course spent seven seasons with the Pelicans before a messy exit amid a trade request to the Lakers. The people of New Orleans haven’t forgotten how Davis pushed his way out, and while the Pelicans got a star in return in Ingram, the wound of Davis’ departure is still fresh in the minds of many.

One of Davis’ last acts as a Pelican was to arrive to his final game in New Orleans (in which he was sitting out with an injury) wearing a shirt that read “That’s All Folks,” a not so subtle parting message.

Anthony Davis is wearing a shirt reading "That's All Folks!" to the arena in what is likely his last game with the Pelicans

Pelicans broadcaster Joel Meyers, like many others in New Orleans, hasn’t forgotten about that and gave a parting shot at Davis as the Bally Sports cameras captured Davis solemnly greeting his teammates as they walked back to the bench after the loss.

I’m not sure how long Meyers has been holding that one in, but I’m glad he got to get it out because you can hear the satisfaction in his voice as he lets it fly. There will be at least one more Lakers-Pelicans matchup this season, as they play once more in L.A. on April 1 and then, provided the Spurs don’t pass the Lakers, would play in a win-or-go home play-in matchup, very likely back in New Orleans after this win clinched the tiebreaker for the Pelicans.