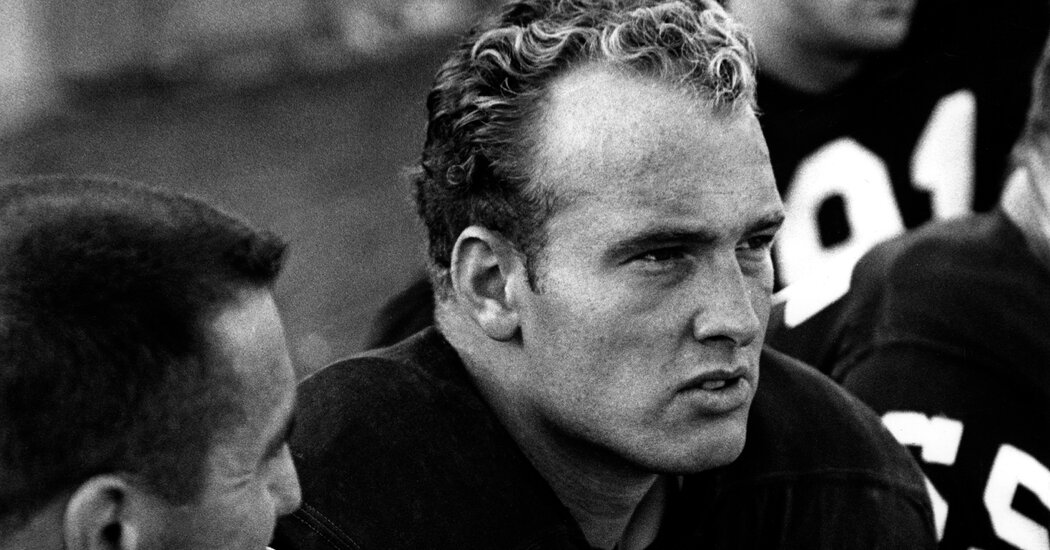 He later invested in real estate and other business ventures, became a popular figure in Miller Lite beer commercials and broadcast college and pro football. He created a stir in a March 2004 interview with a Detroit radio station when he said that Notre Dame needed to ease its academic standards to “get the Black athlete.” A spokesman for Notre Dame called the remark “insulting.” Although Hornung expressed regret for the comment, he discontinued his broadcasts of his alma mater’s games for Westwood One radio, saying that “Notre Dame does not want me there.”

His wife, Angela (Cervilli) Hornung, also sued Riddell in 2016, citing the loss of Hornung’s companionship because of his disabilities. His first marriage, to Patricia Roeder, ended in divorce. He had no children from either marriage and no siblings.

In his autobiography, “Golden Boy” (2004, with William F. Reed), Hornung alternated accounts of his football feats with tales of his amorous conquests and his drinking.

He said that his playboy reputation had caught the attention of the syndicated gossip columnist Walter Winchell, who wrote in an early 1964 item: “Myrna Loy is being rushed by Paul Hornung, the football glamour boy. He long distances the one-time Hollywood star from his Old Kentucky Home.”

Hornung told a reporter who inquired about the item that he had never even spoken to Ms. Loy and that Winchell might have confused her with an aspiring actress named Myrna Ross, with whom he had one date.

“I’m sure that during my playing days I wasn’t considered a good role model for the nation’s youth,” he wrote in his memoir. “But the way times have changed, I’d look like an altar boy if I played today. I never beat up a woman, carried a gun or a knife, shot somebody, or got arrested for disturbing the peace. I never even experimented with drugs during the season.

“All I did, really,” he went on, “was seek out fun wherever I could find it. Everything was all tied in together — the drinking, the womanizing, the partying, the traveling, the gambling. And, of course, football made it all possible.”