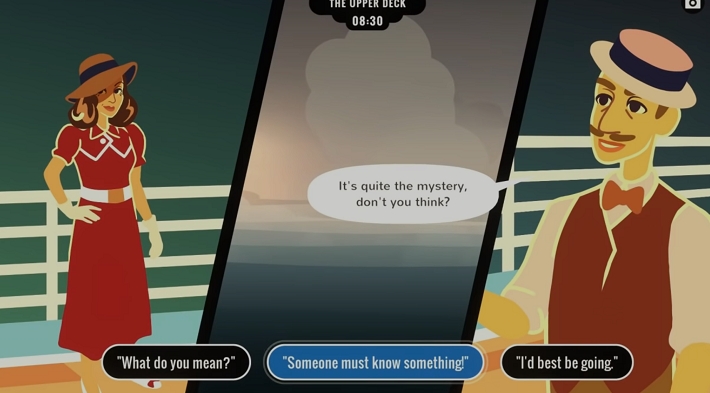 Who doesn’t love a good murder mystery? There have been plenty of games that fit this bill such as the Ace Attorney series, a few Nancy Drew games, and even Professor Layton. However, the appeal has always involved catching the murderer. Very rarely is the player the actual murderer.

Overboard!, just now released for PC, Switch, and iOS, is a murder mystery game where the player is the murder. Don’t worry, that didn’t just spoil the entire plot, because the whole point of the game is to get away with it. Now, that sounds like a game that could be unnecessarily dark, but the trailer has enough of a silly vibe to it that the game is likely very tongue-in-cheek.

What’s weird about this game is that we’ve known about it for more than a month now — developer Jon Ingold spilled the beans back in April. On April Fool’s Day. Of course, it sounded absurd, so no one took him seriously. Having said that, you only get one of these, Jon, and you used it brilliantly.

Is it still April Fool’s day? Great. We’re going to release a new game next month or something that we made in two months and it’s about a multiple murderer who hates dolphins and talks to God and the soundtrack was recorded on wax cylinder. Am I doing this right?

The game sounds like it is going to be very funny, but there’s also an endless curiosity to how it will handle you being the murderer. Will there be multiple endings? Can you get yourself caught? At the very least, this is going to take a tried-and-true story telling formula and put a bit of a twist on it, and we cannot wait to see how it looks.