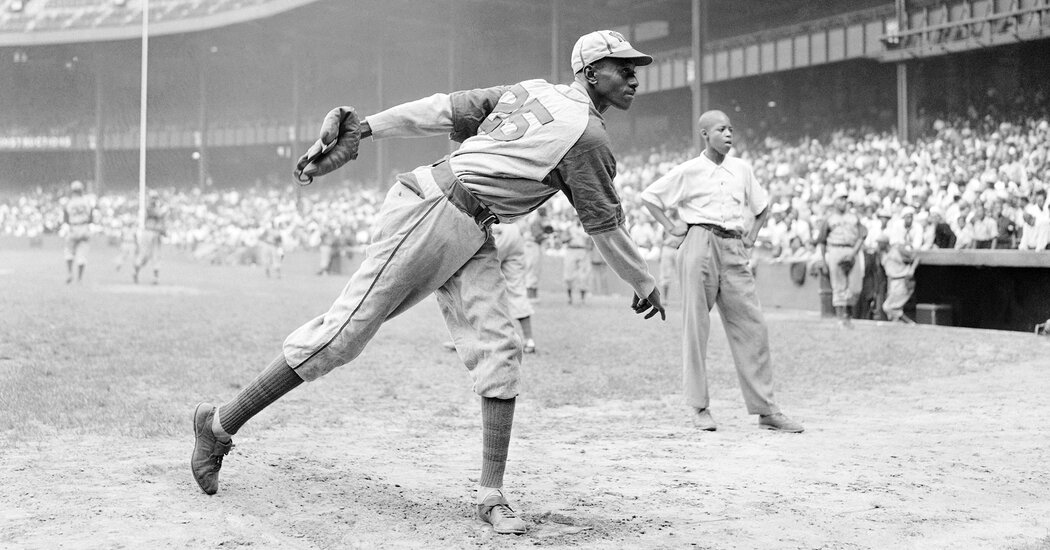 Incomplete records were kept of Paige’s games in the Negro leagues, which couldn’t afford to hire the kind of record-keepers the major leagues had. The Black press was comparably cash-strapped, unable to send reporters to many games or to publish full-dress box scores. The upshot is that statistics have been sketchy, especially for second-tier players, although researchers are filling in some of those holes.

Paige knew better than to trust the spotty Black press, or white sportswriters, who paid little attention. So he kept track himself, carrying a notebook that listed innings pitched, game scores, strikeouts, walks and, perhaps most important, his share of gate receipts. The Paige almanac had him pitching in more than 2,500 games and winning 2,000 or so. He professed to have labored for 250 teams and thrown 250 shutouts. His capstone for strikeouts in one game was 22, against a postseason touring team of Major League players, known as barnstormers, which would have been a record for all of baseball. Other claims that would have set marks: 50 no-hitters, 29 starts in a month, 21 straight wins, 62 consecutive scoreless innings, 153 pitching appearances in a year and three wins the same day.

The numbers were dizzying, but each required an asterisk explaining that Paige kept records the way he set them: with flair, grace and hoopla. His tally of no-hitters seemed to change with his mood — from as low as 20, to as high as 100, to perhaps most accurately “so many” that “I disremember the number.” The picture was equally muddled for shutouts. Press accounts, and Paige’s, offered several options: 250, 300 or 330.

Just when any serious statistician might be tempted to dismiss it all as a ruse, closer scrutiny and dogged fact-finding by historians of Black baseball suggests that much of it was true. Pitching 2,500 games seems inconceivable since the major league record-holder, Jesse Orosco, managed just 1,252. But Orosco’s numbers are just for the big leagues, where he pitched 24 years starting every April and ending, when he was lucky, in October. Paige’s include games played as a semipro and professional, in the Negro leagues, on barnstorming tours, in Latin America and Canada as well as the United States, and in the major and minor leagues. He played spring and summer, fall and winter. He often threw just three innings, but he did it every day, sometimes twice a day, or every couple of days for 41 years. By that schedule, pitching 2,500 games amounts to slightly more than 60 games a year, which does not seem high enough.

Same for his other assertions. One hundred no-hitters, or even 20, looks like a stretch considering that Nolan Ryan holds the major league record with just seven. But press accounts confirm Paige’s extraordinary exploits against highly touted opponents like the all-Black Homestead Grays. It is easy to imagine him repeating the feat against the sandlot and standout teams he faced in his wayfaring across the Western Hemisphere. His 2,000 wins would give him four times as many as Cy Young, whose name is attached to the award signaling pitching excellence. Some pitchers were brilliant during short runs; others are known for duration as much as dominance. Paige excelled at both, to the point where it is difficult to dismiss even his most outrageous boasts.