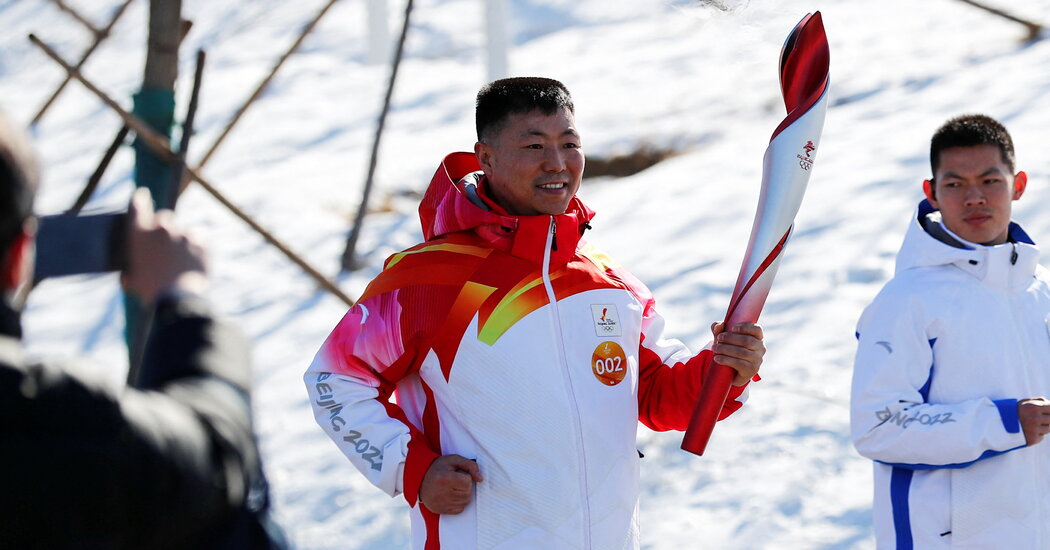 China has frequently denounced what it calls the politicization of the Olympics, including a diplomatic boycott that the United States has tried to organize. Yet China’s selection of one of the first of the 1,200 torch bearers has struck a nationalistic note: a colonel who fought Indian forces at the western end of the Himalayas.

Col. Qi Fabao, a regimental commander in China’s army, carried the torch on Wednesday, on the first day of its three-day tour in and near Beijing. He suffered a four-inch gash across the forehead during deadly border skirmishes with India in 2020.

China’s selection of Colonel Qi was swiftly denounced by the Indian government, which said on Thursday evening that the top diplomat at its embassy in Beijing would not attend the opening or closing ceremonies of the Olympics.

“It is indeed regrettable that the Chinese side has chosen to politicize an event like the Olympics,” Arindam Bagchi, a spokesman for the ministry of external affairs in New Delhi, said at a news conference.

He did not address whether Indian officials might attend ot her events during the Olympics, and he was not asked whether India would lend any support to the American-organized diplomatic boycott of the Games.

India’s public broadcaster, Doordarshan, announced later Thursday evening that it would also not broadcast the opening or closing ceremonies.

Thomas Bach, the International Olympic Committee’s president, responded to a question about Colonel Qi at a news conference in Beijing on Thursday by noting that an injured British veteran who had fought in Afghanistan was allowed to carry the torch at the opening of the 2012 Summer Olympics in London.

But the comparison of Colonel Qi to a Western soldier who lost both legs fighting Taliban insurgents in Afghanistan may not go over well in India either. India supported the Afghan government for many years against the Taliban.