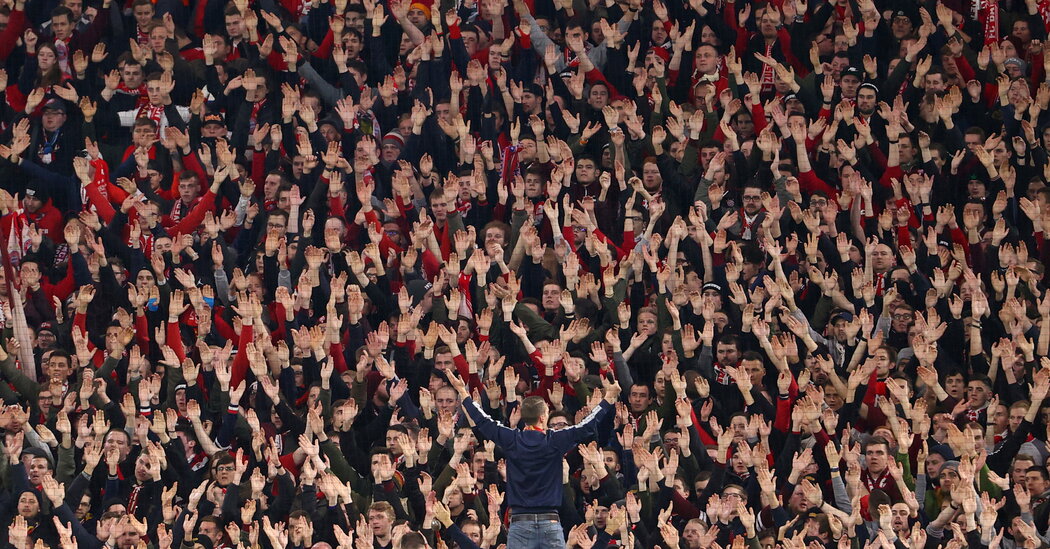 That perseverance occasionally drifts into the realms of the absurd, but soccer has a remarkable ability to tolerate that, too. As mentioned last week, Denmark played Sweden even though both teams’ managers were self-isolating, and both teams had been deprived of a raft of players. England considered playing Iceland in Albania. Norway cobbled together a last-minute team.

Indeed, Norway’s case was something of an anomaly: a rare example of reality intruding. Norway needed to take emergency measures because the country’s government insisted it could not make an exception to its stringent quarantine rules even for the country’s national team.

That is unusual: Soccer, generally, is given a pass. Players cross borders without needing to self-isolate upon arrival. Rules are changed and allowances made so the game — this great cultural phenomenon that absorbs so many of us so much of the time — can go ahead.

At times, it all feels a little brazen, a touch gauche. It is easy to see why some have fallen out of love with the game. It is even easier to see why those who never had much time for it feel vindicated by the crassness, the chutzpah of soccer during the pandemic.

There are moments in empty stadiums and in vacuous controversies when it seems as if its mask has slipped and its inner workings are laid bare: a grinding, grasping, cash-grabbing machine, a sports-industrial complex locked in a spiral of “abusive self-addiction,” as the writer Jonathan Liew put it.

And yet for all that soccer determined it had to continue because of an inflated sense of its own importance and an immediate understanding of its own financial model, its decision has been tolerated only because of something else. We accept it, in all its absurdity and gall, because none of that completely clouds its worth.