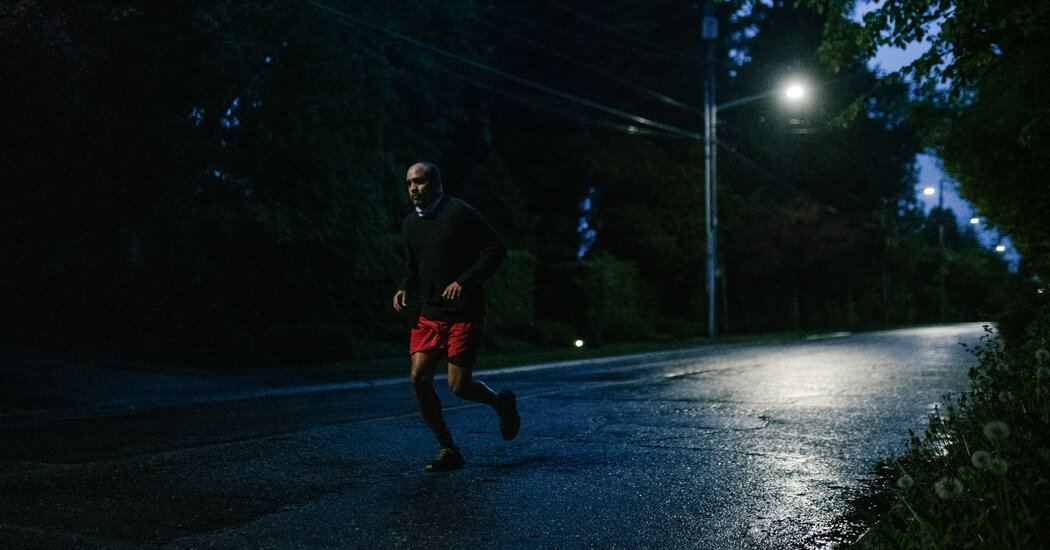 I crumpled into a ball on my couch and cried.

A few days later, my son started our run by asking if we could take his favorite route. It winds through the immaculately manicured neighborhoods nearby. They felt even more segregated. Running there now felt like being in a fishbowl, way too out in the open, way too much as if we were objects being watched.

No, I told him.“Some other time, I promise.” I just couldn’t bear it.

Make no mistake, running while Black

Advertisement
on the streets of Seattle does not feel the same as it does in a place like St. Louis, where I jogged last year on a work trip and sensed immediately that the racial tension was thicker and more obvious. Nor is it like pounding the footpaths of Fayetteville, N.C., where Sonoyia Largent leads a growing chapter of a nationwide support group called Black Girls Run. When we talked last week, Largent spoke of feeling racism in her community growing so close to a boil that she has considered buying a gun small enough to keep in her training gear.

I don’t feel that worried, but we live in America, and my son and I are now part of a movement. The number of Black recreational joggers has surged during the pandemic, according to Largent and several other running organizers from across the country. One called it a boom. All spoke of a paradox. We get out there for health, a sense of freedom and joy, even as a tribute to Arbery — to claim our unbowed dignity in full view. But we do so warily.

For me, that caution comes from personal history. My parents helped integrate the part of the city where I live, starting in the 1950s. They raised four sons here. We had many friends. And plenty of neighbors eager to show their hate. During my grade school years in the 1970s, racial epithets were regularly directed my way. I always had to be ready to fight.

But Seattle remains one of the whitest major cities in the country, and it is in a region long rife with white supremacists.

So as I run, I keep in mind the present and do not forget the past. I remain on guard, scanning each street, aware of every person on every corner and front porch. All it takes is one 911 call from someone who thinks I’m stalking the neighborhood, and suddenly I could be surrounded by police. Then what?

It is not just people I worry about. As many Black runners can attest, objects become potent symbols.