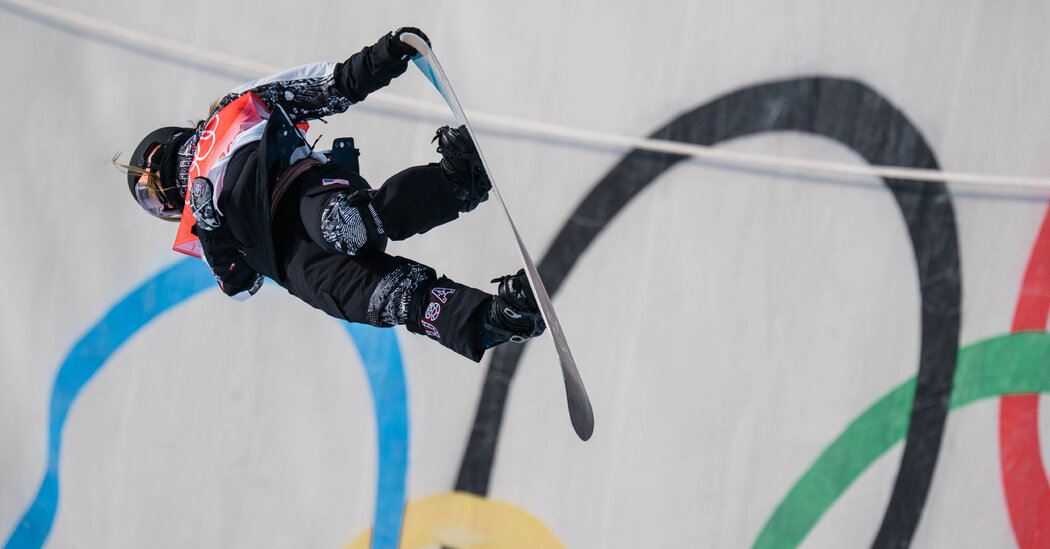 Chloe Kim did it again, soaring to another Olympic gold medal in the halfpipe.

Just as she did four years ago, she opened the competition on Thursday by landing a score that no one could top. Kim knew it, too. When she got to the bottom of her first run, she put her hands to her head, fell on her knees in joy and laughed, as if she had shocked even herself.

The performance came after an uncharacteristically bad warm-up, in which Kim struggled to land her primary routine. Her coaches said she was fighting off nerves. Kim said she had arrived to the final “in a weird head space.”

Her outburst at the bottom was a mix of joy and relief.

“I was like, I don’t want to feel all this pressure of not being able to land my first safety run,” she said. “So I just was overflowing with emotion when I was able to land it on the first go.”

Kim was awarded with an untouchable score of 94. Queralt Castellet, of Spain, earned the silver medal, and Sena Tomita, of Japan, won bronze, neither seriously threatening Kim’s performance.

Kim tried to ratchet the degree of difficulty in her final two runs, the way she had four years ago. She fell both times. It didn’t matter. The contest was over nearly as quickly as it had started.

“Not to discount any of these riders, but she has a bag of tricks that not anyone else does,” Kim’s longtime coach, Rick Bower, said. “And she showcased that in her first run.”

The victory felt less like a coronation for Kim, now 21, but a personal comeback of sorts. The lingering question as she scooted away was what happens next.

Four years ago, Kim arrived to the 2018 Olympics and landed into the embrace of a warm South Korean crowd, a loving family and instant stardom. She was 17. It all seemed so easy.

The 2022 Olympic halfpipe final had none of that, except in the pipe itself. There was no crowd because of the pandemic. Her family did not attend. And Kim is now 21.

The attention from the last Olympic victory, and some of the nastiness, even within snowboarding circles, nearly chased her from the sport. She didn’t strap on a snowboard for 22 months, went to college at Princeton and bought a house. She grew up into someone more complicated than America’s snowboarding sweetheart.

She tossed herself back into the Olympic cycle, a bit reluctantly. She was still the best in the world, with little dispute. Kim had not competed much since returning to the circuit a year ago, which might have given her competition some hope that she was rusty, but she had won everything she entered.

Kim has grown up since she was at 17 — a bit more guarded, a bit more independent, a bit more leery of the stardom that comes with every smile and near-perfect run. She said she was more prepared for the rush of attention this time.

“Now that I’ve grown up a little more and I understand boundaries, and I have an amazing therapist, I think it’ll make the journey a lot more doable for me,” she said.

She contemplated retirement four years ago. Bower admitted that it is not out of the realm of possibilities that Kim slides away from snowboard competitions for good.

She turned professional at age 13, and spent her teenage years in the cloistered world of snowboarding. It was all too confining for Kim, who likes to fly free, who has a reluctant relationship with fame and other people’s expectations.

That is why she spent much of the time since winning her first gold medal trying to become something other than a snowboarder.

For one more day, at least, she proved that nobody can do it better in the halfpipe. She was in charge, and no one else could get close.