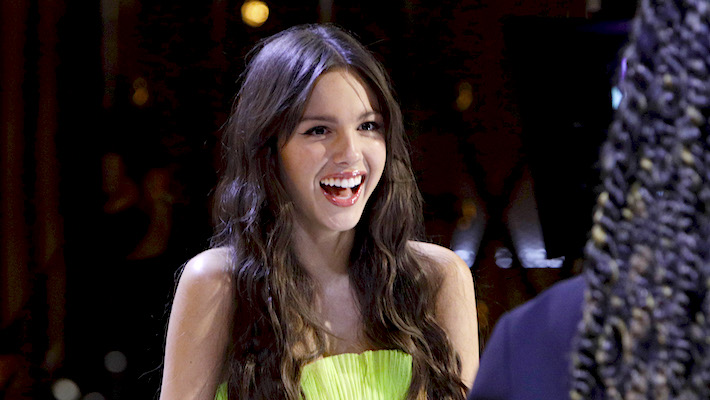 Jeopardy! has been on the air in one way or another since the ’60s, and over the years, many pop culture figures have had the honor of being mentioned on the trivia program. This usually elicits an excited reaction, as it did from Olivia Rodrigo, who found her way onto an episode of the show this week.

On the May 18 episode, the $800 question in the “Playing Today’s Hits” category read, “Olivia Rodrigo’s first hit single is this breakup song that debuted at No. 1 in 2021.” The correct answer, of course, was “Drivers License.” Rodrigo caught wind of the shout-out and was naturally excited. She took to her Instagram Story to share a photo of the clue and write, “omfg. jeopardy is my fav show.”

While this is the first time Rodrigo has been mentioned on the show since her music career took off in a major way, she has actually been referenced on the show once before. On the June 25, 2019 episode, Rodrigo popped up on the $1,000 question in the category “Teens On TV.” The clue was, “Madison Hu plays Frankie & Olivia Rodrigo is Paige on this Disney Channel show with a ‘AA’ rating.” The answer was Bizaardvark, which ran from 2016 to 2019.