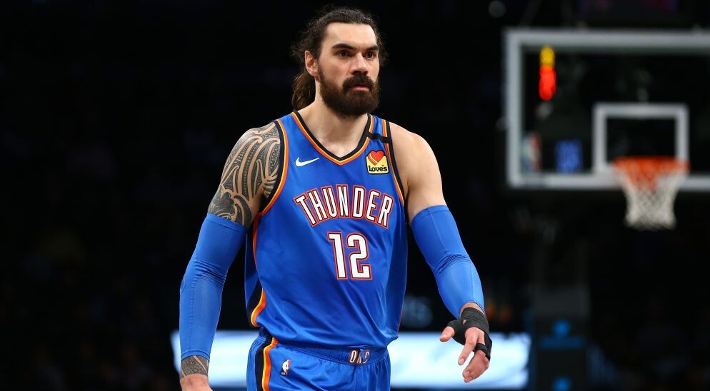 It’s been a busy first day of free agency around the association. All the usual finagling and machinations were on full display when the moratorium period opened on Friday, and just when you thought things were settling down for the evening, Sam Presti and the Thunder proved they still had a few tricks up their sleeve.

Jrue Holiday was one of the first chips to fall in trade season, as earlier this week, the Pelicans orchestrated a deal that would send him to Milwaukee in exchange for Eric Bledsoe, George Hill, and other assets, giving the Bucks that missing piece they believe they need to round out their roster for a true title run.

But they apparently weren’t finished with that particular deal. Late Friday night, news emerged that they were expanding the deal to include other players and other teams, namely Steven Adams, who will apparently be heading to New Orleans when the dust settles, according to Woj.

New Orleans and Milwaukee are expanding the original Jrue Holiday trade to include more teams and players, including the routing of Steven Adams to the Pelicans, sources tell ESPN. Talks are moving toward a possible four-team trade.

But the deal doesn’t end there.

Mavericks guard Delon Wright is headed to Detroit as a part of a three-team trade with OKC, source tells ESPN. Detroit’s Trevor Ariza is going to the Mavericks. https://t.co/TExRzOlzsP

Here’s the deal: The Mavericks gets James Johnson; Pistons get Delon Wright; OKC gets Ariza, Jackson and pick. https://t.co/ezb9dXnpGw

For the sake of clarity, it’s a deal that also included multiple assets.

Sources: The Steven Adams-to-Pelicans trade includes Denver, which traded a 2023 lottery protected first-round pick for the 24th pick (RJ Hampton) on draft night. That pick is headed to the Thunder — along with two seconds — for Adams.

It’s an awful lot to keep track of, but the operative part here is that Steven Adams’ time with the Thunder appears to be over, as he was one of the last remaining players of a core group that once featured Kevin Durant, Russell Westbrook, and himself, and were once one win away from toppling the Warriors and heading back to the Finals.