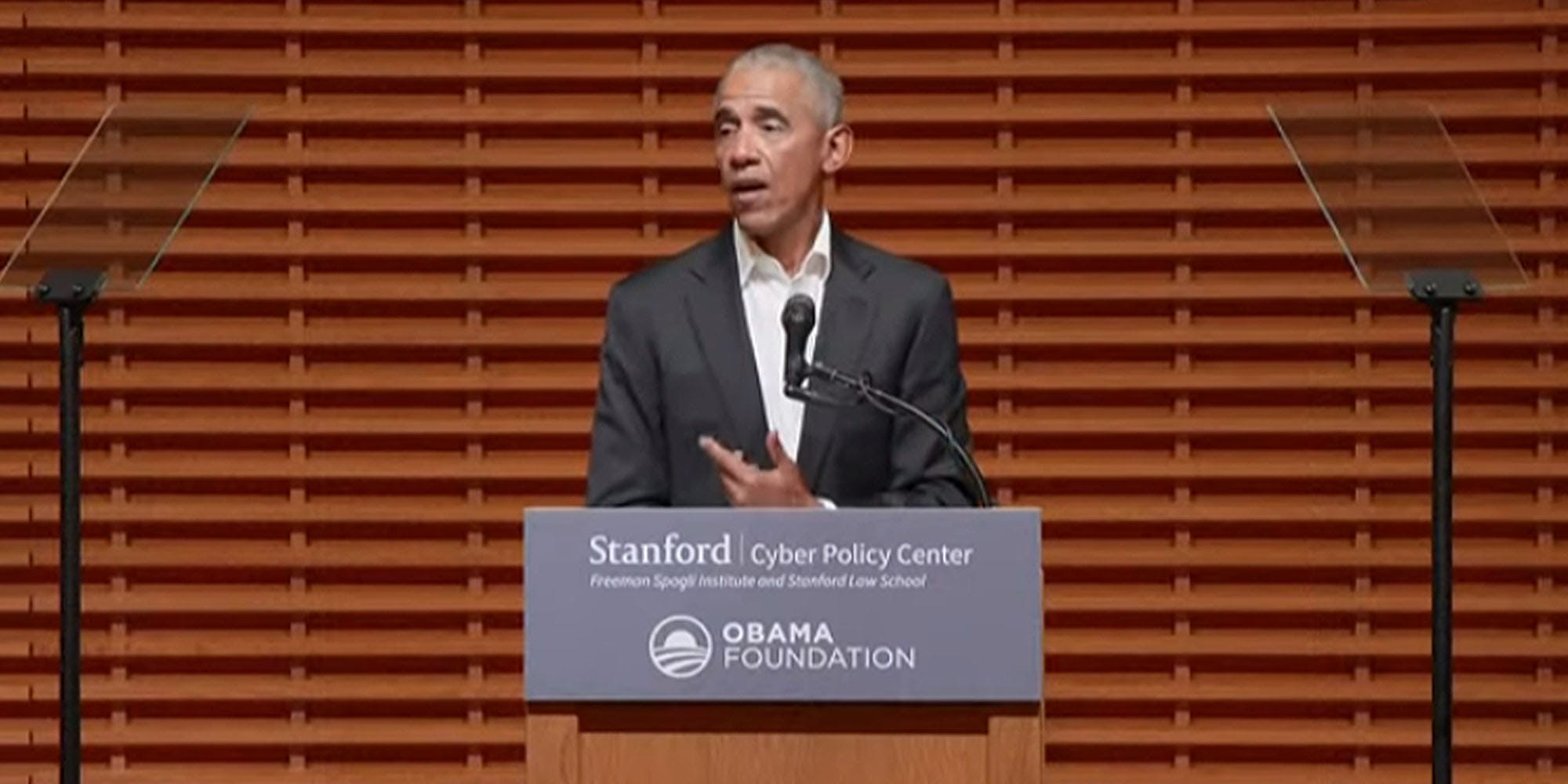 Former President Barack Obama called for Section 230 to be reformed in a speech on Thursday.

In his speech at Stanford University, the former president also addressed disinformation and the future of social media oversight.

“Tech companies need to be more transparent about how they operate,” Obama said. “So much of the conversation around disinformation is focused on what people post. The bigger issue is what content these platforms promote.”

Obama threw his support behind the potential reform of Section 230 of the Communications Decency Act, a 1996 law that was intended to protect online publishers from liability over their users’ content. It is considered a bedrock of the modern internet. Social media companies have been protected from litigation under Section 230, but it has become a hot-button political issue for both the left and the right in recent years.

“While I’m not convinced that wholesale repeal of Section 230 is the answer, it is clear that tech companies have changed dramatically over the last 20 years,” Obama said. “And we need to consider reforms to Section 230 to account for those changes.”

Obama is just the latest in a swath of politicians advocating for reform of Section 230. Earlier this year, Sen. Lindsey Graham (R-S.C.) and Sen. Richard Blumenthal (D-Conn.) re-introduced the EARN IT Act, aimed at stripping protections awarded by Section 230 from platforms that host child sexual abuse material. The bill was panned by critics for doing little to protect children while reducing Americans’ privacy and security.

Most bills aimed at repealing or reforming Section 230, though, have never made it through committee, despite bipartisan calls for changing the rule. Support in Congress for the EARN IT Act, however, is strong even in the face of big concerns

Obama spent the majority of the speech advocating for tech reform, citing the increase in misinformation.

“What does still nag at me was my failure to fully appreciate how susceptible we had become to lies and conspiracy theories, despite being a target of disinformation myself,” he said, referencing—among other things—the birther movement that embroiled his presidency. “Putin didn’t do that. He didn’t have to. We did it to ourselves.”

Despite calling for reform to Section 230, Obama’s speech was light on specifics for how it might be changed.