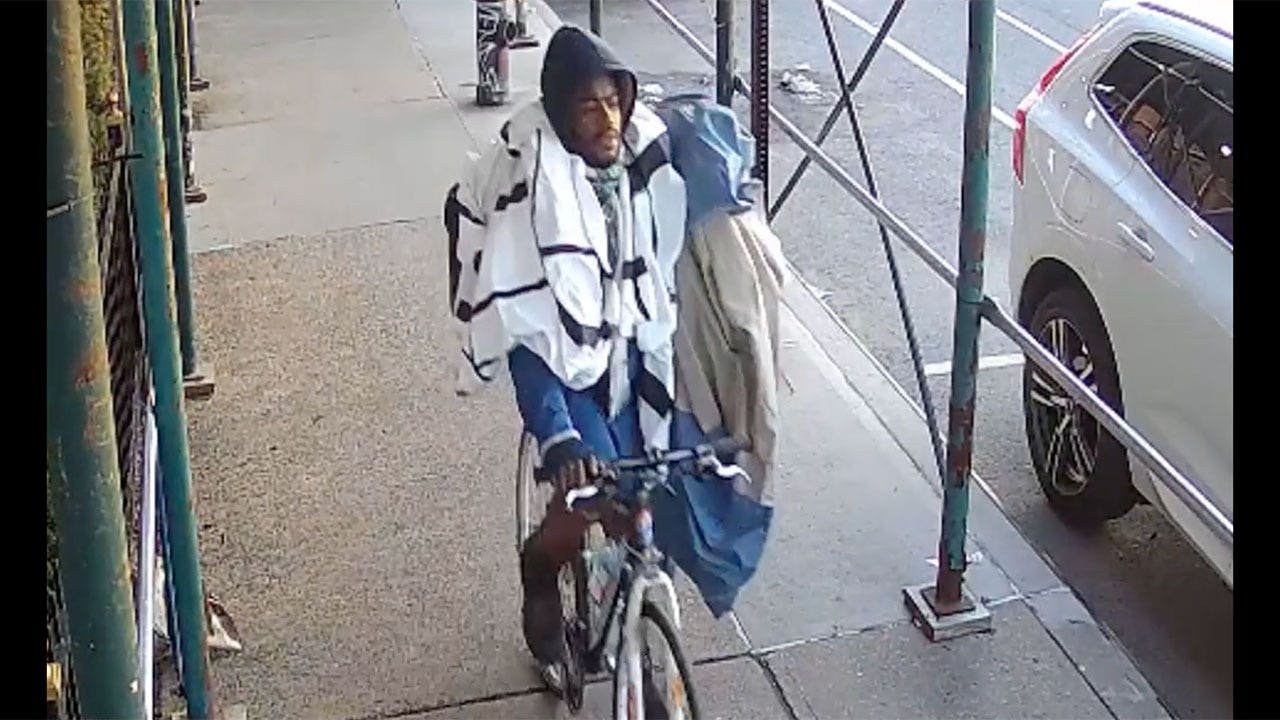 Police have intensified their manhunt for a suspect who choked, robbed and sexually assaulted a jogger in a Manhattan park on March 27.

The woman, 39, was jogging near Pier 40 in Precinct 6’s Hudson River Park around 6 a.m. when the suspect rode up behind her on a bike and threw her to the ground.

The suspect then proceeded to choke and sexually assault her before fleeing the scene on his bike with the victim’s cellphone, said police.

EMS arrived at the scene and transported the woman to a hospital, where she was treated for bruises and pain.

Police have yet to make an arrest on this case. They are describing the man as bearded, 5-foot-9, and approximately 180 pounds. Police believe he is in late 20s, early 30s.

MAN BEATEN, STABBED ON CHICAGO TRANSIT IN THIRD VIOLENT ATTACK IN AS MANY DAYS

The NYPD released video footage of the runaway suspect the day after the attack in the hopes someone will come forward with information.

NYPD has released surveillance footage of the suspect. (@NYPDnews)

Sexual assault case numbers in New York City continue to rise in Precinct 6, according to crime statistics by the NYPD. Rape incidents went up 200% in a 28-day period in comparison to 2021. Other sex crime incidents went up 400% in a 28-period compared to last year, with 10 reports between March 28 and April 3.

The victim’s name has not yet been released nor her current state of health.