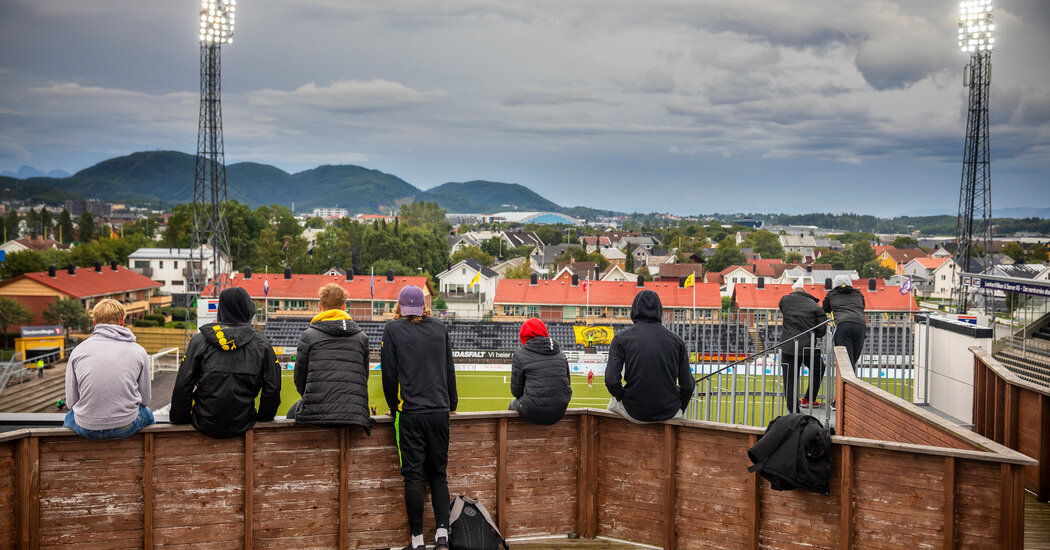 And yet, while Bodo/Glimt is a story of the shining promise of youth, it is also a story of redemption. A couple of years ago Patrick Berg, frustrated at his lack of playing time, considered leaving the team that is entwined with his family. “I was not in the right head space,” he said. “I was disappointed and angry, and I was blaming everyone else besides me.”

Saltnes, his captain, considered walking away from the game altogether, saying he had long since ceased to find soccer fun. Before games, he battled nausea and stomach cramps. He was, in hindsight, consumed by “doubts and fears.”

That was only three years ago. A few weeks back, he led the team out at San Siro for a Europa League game against A.C. Milan. “If you look at the team that day,” Saltnes said, “almost every player would have a strange story about how they ended up on that pitch. They had all been let down or injured or wanted to leave. You would never have guessed their stories.”

All of these, of course, are familiar tropes in any case study of success against the odds. What makes Bodo/Glimt especially compelling is that they are all present, all at the same time. That, in part, may explain the club’s appeal.

“We are an underdog,” said Thomassen, the chief executive. “And who doesn’t love an underdog?”

The Only Ambition Is to Have None

In the spring of 2019, Bodo/Glimt’s players traveled to Spain for their preseason training camp. Traditionally, while they were there, they would discuss their goals for the year ahead.

This time, though, they came back with a different mission. “We did away with all of that stuff,” Saltnes said. “We did not have any ambitions. We just wanted to focus on performance.”

Saltnes, like his colleagues, does not believe there is a singular explanation for what has happened to Bodo/Glimt in the past three years, a silver bullet that has transformed it from an also-ran into what many regard as the best club team Norway has seen in at least two decades.