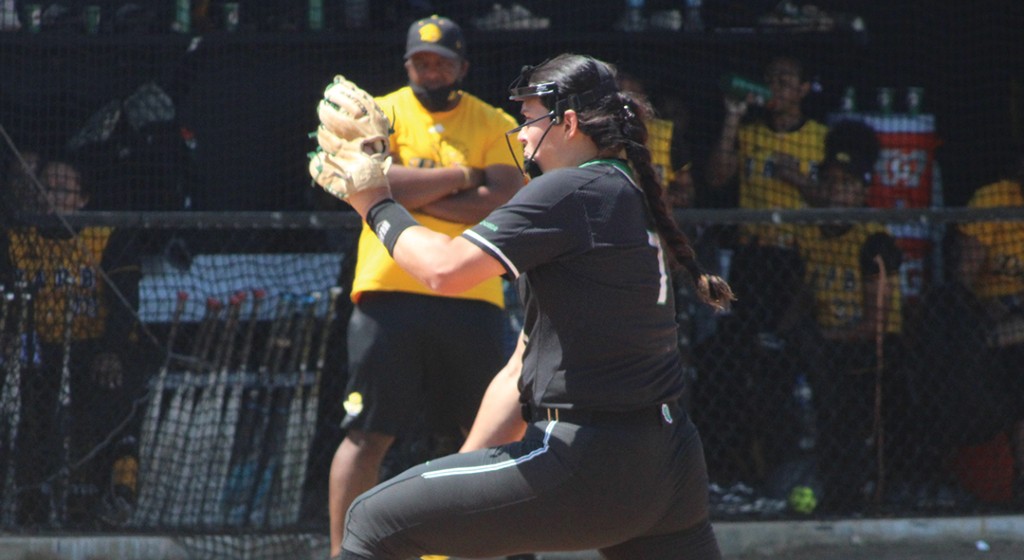 Perfect games, in either baseball or softball, are incredibly rare, but on Sunday North Texas pitcher Hope Trautwein did something in her perfect game that no one in NCAA history has ever done. The Mean Green took on Arkansas Pine-Bluff on Sunday afternoon and Trautwein was absolutely dealing from the rubber. Trautwein became the third player in NCAA D-1 history to throw 21 strikeouts in a 7-inning game, but the first to do so in a perfect game, seeing 21 batters and sending them all back to the dugout without putting the ball in play.

Per the Associated Press, the other two 7-inning, 21 strikeout games are Alexis Osorio in 2018 and Michele Granger in 1991 — and Trautwein had a 21 strikeout effort earlier this season in a 6-2 win.

NCAA records list two other pitchers with 21 strikeouts in a seven-inning game, but neither of those were perfect games. Alabama’s Alexis Osorio had a 21-K game against Fordham in 2018, and California’s Michele Granger did that against Creighton in 1991.

It is, put simply, the most dominant pitching performance in softball history, and while there’s not much video of Trautwein’s effort, ESPN did find footage of her final strikeout, as she blew a fastball by the hitter.

Trautwein’s performance on Sunday will go down as a legendary afternoon on the diamond, earning a significant place in the NCAA history books and surly being something she’ll never forget.