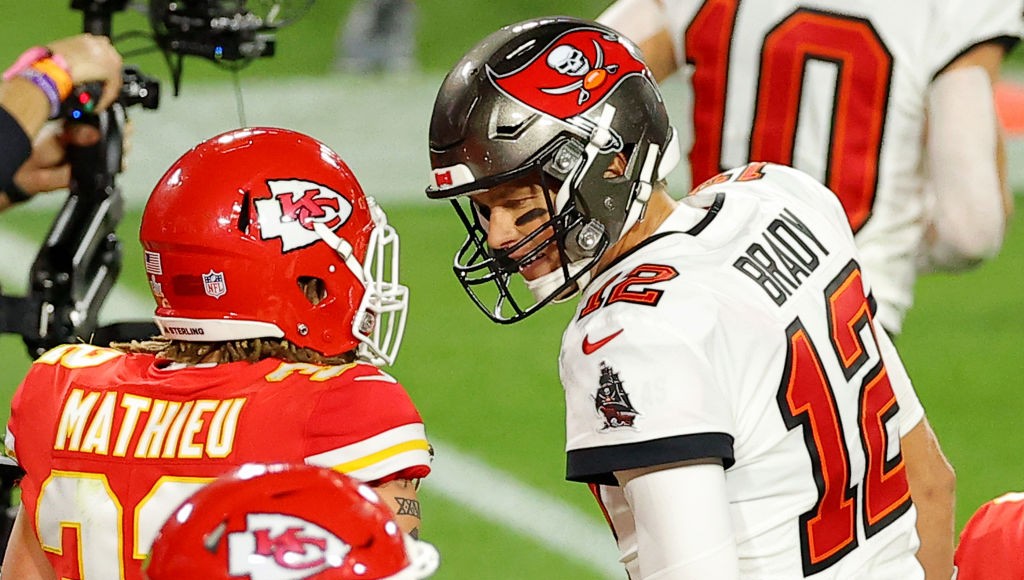 Tom Brady made plenty of headlines in the days after Tampa Bay’s Super Bowl victory over the Kansas City Chiefs, including quite the performance at a boat parade celebrating the Buccaneers’ triumph. However, one story that emanated from the game itself isn’t going away just yet, and another data point arrived on Thursday.

Brady and Chiefs defensive back Tyrann Mathieu went at it multiple times during the game itself and, following the game, ESPN reported that Brady reached out to Mathieu to apologize for his actions. From there, Mathieu fired an interesting (now-deleted) tweet about Brady that received a lot of attention.

“He called me something I won’t repeat but yeah I’ll let all the media throw me under bus as if I did something or said something to him,” Mathieu’s tweet said. “Go back to my previous games against TB12 I showed him nothing but respect. Look at my interviews about him… I show grace.”

Advertisement
is reporting, via a source, that NFL Films will not be sharing any of the audio or video content captured between Brady and Mathieu, citing the fact that “NFL Films typically does not reveal the audio of such squabbles between players.” Because there is a shroud of mystery with regard to this particular exchange, this public acknowledgement won’t exactly pour water on the fire, even if NFL Films’ assertion is very likely true that they usually wouldn’t share something like this in a public forum.

This denial won’t help to dampen rumors about what Brady may or may not have said, though it is noteworthy that Michael Irvin recently shared with Rich Eisen that his comments did not include any slurs. That, of course, doesn’t rule out any inappropriate language but, unless NFL Films changes course, the general public may never know what was said.