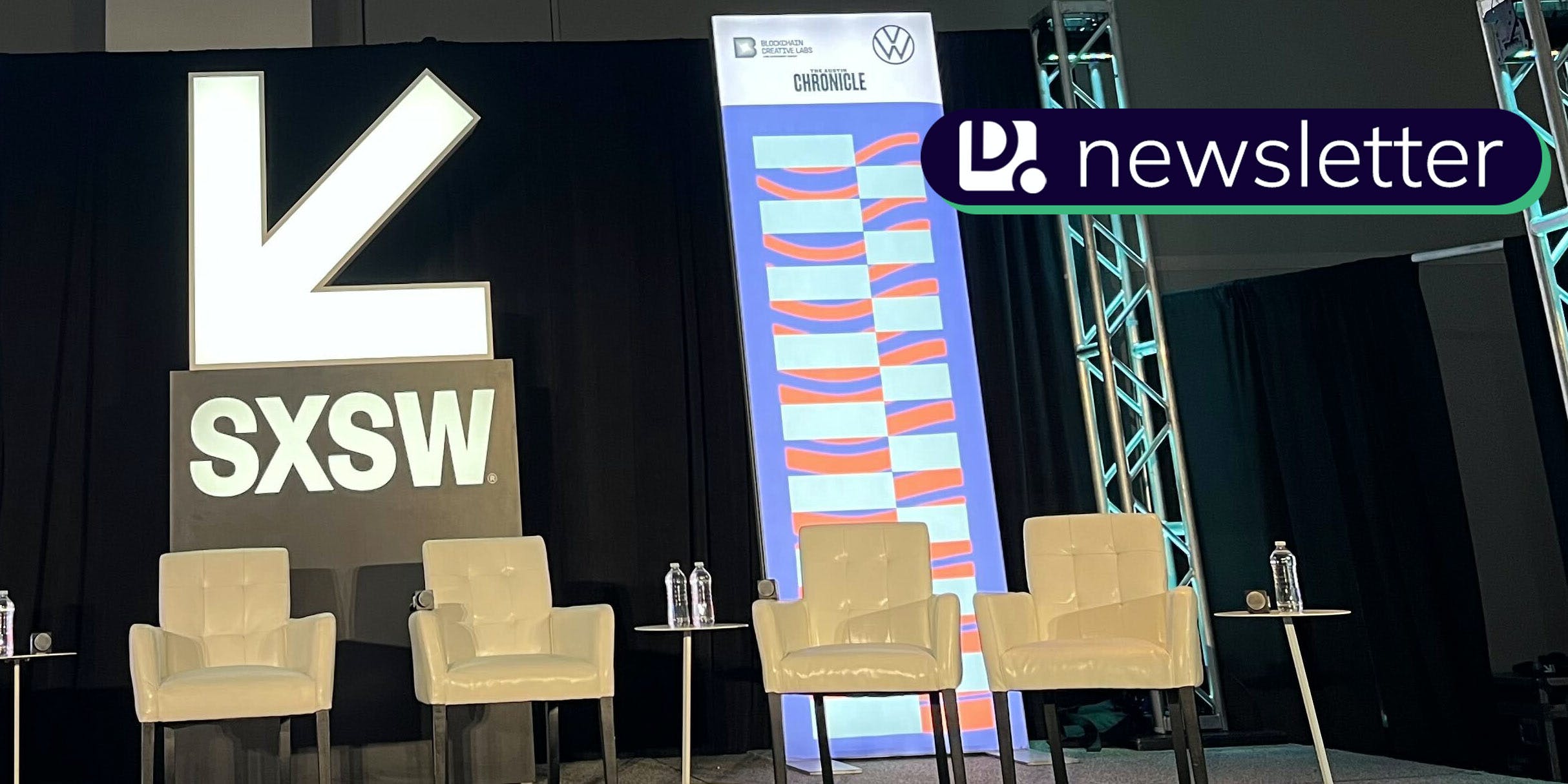 I hope you are enjoying our ongoing coverage of South by Southwest (SXSW).

Today, our News Director Ramon Ramirez dives into this year’s Sunday Service event.  After that, our team of reporters on the ground will share with you some of the interesting, odd, or weird things they are seeing at the conference… including some large Nicolas Cage costumes.

You can check out all of the Daily Dot’s SXSW coverage here.

No church on Sunday

Kanye West did not perform his rumored Sunday Service event at South by Southwest today. The rumor mill isn’t convinced the buzzy, traveling choir will happen this week, either. There is a silver lining: That fleeting high of a classic SXSW snipe hunt.

You can forgive fans like me for dreaming. The problematic hip-hop star has popped up at SXSW three times previously—2009, 2011, 2014—and each secret concert was expansive and ambitious. In February, media reports noted that a Sunday service permit had been filed with the city for approval in downtown Austin at Republic Square Park. An area hip-hop source told me he thought it’d happen. But this week journalist Andy Langer let the hot air out of the balloon when he noted that, yes there would be a literal Sunday service… featuring Texas gospel acts.

What’s more, some of the 13 participating churches were criticized for anti-LGBTQ views by local TV host and activist Trevor Scott.

But remember how exciting it was to get the Frank Ocean Splashthat RSVP link with the “white Ferrari” password? That feeling is back.

This is South by. Here Garth Brooks will show up to perform on a Friday at the Broken Spoke. You’ll see a weird Guitar Center-sponsored Soundgarden show on a rooftop. The snipe hunt is a promising sign for the future.

At the weird and interactive conference, which juiced the local economy in 2019 pre-pandemic with about $350 million in revenue, the 2022 edition is a fingers-crossed reboot that if you rebuild it, they will come back.

As for today’s Sunday service, some pastor complained about social media and quoted First Corinthians 127 in a speech about making “decisions that require faith”… like, he said, stringing this event together in 90 days.

“[This is the] first time there has been church service downtown during SXSW,” he claimed, almost surely incorrectly.

About 12 people on camping chairs braved the wind in the park. This reporter counted 30 more dedicated onlookers. A guitar player named Marshall Camp led a pretty good chant: “In everything I put my trust in you.” His five-piece band, all men wearing light jackets, played a nice blend of soulful rock.

Stream music on the platform built for unique experiences

TIDAL is the only streaming platform for the ultimate music experience with your faves from SXSW 2022. Listen to music from this year’s showcasing artists, including Young Thug, Shawn Mendes, and Kygo, on the world’s first music streaming service with high fidelity sound and hi-def video quality.

With over 80 million tracks in pure sound quality, exclusive music and videos, behind-the-scenes docs, and access to TIDAL X events, you can experience music the way you’re meant to—fully immersed. Sign up now

Advertisement
and start your 30-day free trial for TIDAL HiFi or HiFi Plus.

Our team of reporters are on the ground at SXSW in Austin, TX. Here are some of the notable, interesting, and weird things they are seeing.

📸 Bumble brought the infamous Deuxmoi hotspot Ray’s to Austin this weekend. After some difficulties getting past the door (I guess it’s supposed to be as exclusive as the actual NYC bar?), I found the room packed with influencer-types who kept pushing me into walls to get the perfect shot. The house was cute, but all I could think was, “God, I’m going to be in the back of a lot of Instagram photos tonight.” — Daysia Tolentino

🥂 “Everyone wants to go have a drink right now. Am I wrong? I know Austin!” actor Jared Leto said during a Q&A session for the upcoming series WeCrashed, which documents the rise and fall of WeWork. — Tiffany Kelly

➡️ Be sure to check out Daysia’s report on how “Black in Web3” panelists believe the blockchain can be used to close economic gaps and protect intellectual property.

🌹 Nicolas Cage, who attended the premiere of his new film, The Unbearable Weight of Massive Talent, was complimented on his red plaid suit by a fan, who also handed him a red rose. “I couldn’t think of a better place to do it than SXSW,” he said of bringing out his plaid suit. — Tiffany Kelly

🤖 I went to a virtual influencer panel yesterday where an animated character was real-time rendered using a motion capture technology suit on someone in a studio somewhere. I wish that the panel spent less time stuck on web3 and the metaverse and spent more time lifting the curtain on computer vision and live animation—that’s interesting to me. — Grace Stanley

⚡ About 10 seconds after Daniel Radcliffe walked on stage for the premiere of The Lost City on Saturday evening, the first “Harry!” from the crowd was audible. Although he can’t shake his connection to the Harry Potter films, Radcliffe was a good sport about it and engaged with audience members who shouted things like “I love you!” — Tiffany Kelly

💻 On Saturday, Grace attended a SXSW panel where Ariel Powers, a gamer influencer and WNBA athlete, and others spoke about how virtual threats bleed into the real world. Check out the full story here.

🎵 You heard it here first: “I’m flying home today to master my album. It’s done” — Lizzo. At Lizzo’s keynote address, she had the audience do a self-love exercise: The room of several hundred fans chanted along as she said, “I want you to close your eyes and say: ‘I love you. You are beautiful, bitch. And you can do anything!’ She directed us to say that to ourselves in the mirror. “It works, I promise,” she told the crowd. Then she twerked and dropped her voice to whisper “titties” into the mic. — Mariam Sharia