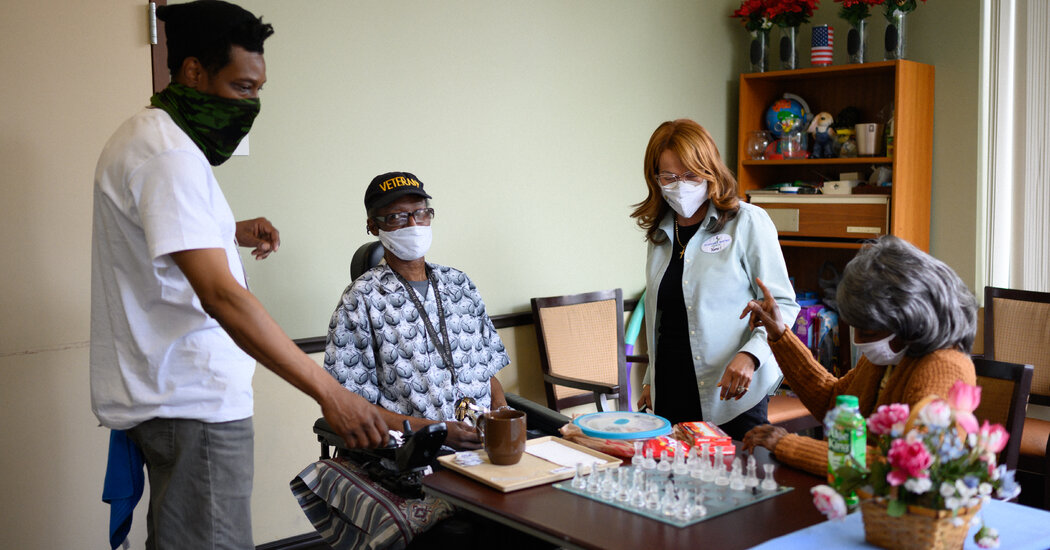 Nursing home residents, considered among the most vulnerable to Covid-19, appear to receive significant protection from vaccination, according to new research published Wednesday in the New England Journal of Medicine.

In a letter to the editor, the researchers said that the use of vaccinations also appeared to protect nursing home residents who did not get the immunization. That finding suggests, researchers said, that unvaccinated residents benefit when others around them receive the shot.

“These findings show the real world effectiveness” of the Pfizer-BioNTech and Moderna vaccines “in a vulnerable nursing home population,” the researchers wrote.

The findings conform to recent guidance from the Centers for Disease Control and Prevention about the protective benefit of vaccination. The federal agency, in hoping to encourage widespread immunizations, has said that those who get inoculated face sharply reduced risk, but considerable risk remains for those who do not.

The nursing home population has been one of the hardest hit during the pandemic; residents faced significant threat because of the ease of spread in close quarters among people with weakened immune systems. Since the pandemic began in the United States, more than 132,000 residents have died, representing about one-third of all the country’s deaths from Covid-19.

The study published Wednesday drew from more than 20,000 residents of 280 nursing homes in 21 states. Of those, almost 4,000 were unvaccinated and the rest received either the Pfizer or Moderna vaccines. About 70 percent had received two doses.

The study looked at residents of nursing home that had received at least one dose as of Feb. 15 and anyone at the facilities present on the first day of their vaccination clinic who had not yet been vaccinated as of March 31.

After receiving a first dose, 4.5 percent of residents still contracted the virus, although most cases were asymptomatic, researchers wrote. Of those receiving the second dose, only 0.3 percent got the virus after 14 days.

The benefit carried over to those in the same nursing homes who did not get vaccinated. Their rate of infection dropped to 0.3 percent from 4.3 percent. For all groups, most infections were asymptomatic; and the rate of both symptomatic and asymptomatic infections decreased over time.

“Robust vaccine coverage among residents and staff, together with the continued use of face masks and other infection-control measures, is likely to afford protection for a small number of unvaccinated residents,” the researchers wrote.